What the stripes on pilots uniform mean 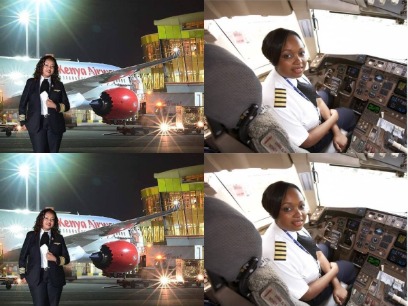 Captain Ruth Karauri has explained how one attains the title 'Captain'.

The mother of three says many do not understand that the bars/stripes on a uniform show the level one has attained.

Speaking during an interview with Standard Digital she says, "You start by flying the smallest plane there is. One starts as a second officer and work yourself up. You will have one bar on your jacket. When you become a first officer you get two bars."

Adding, "The captain has four bars."

Ruth says she would never dictate to her daughter what she must do.

If she wants to be a captain she will support her.

'I was intimidated,' - Captain Ruth Karauri on her first interview at Kenya Airways

Ruth landed a sponsorship from Kenya Airways after form 4.
Lifestyle
2 months ago
WATCH: For the latest videos on lifestyle stories