• These couples chose to forgive their partners and save their marriages. 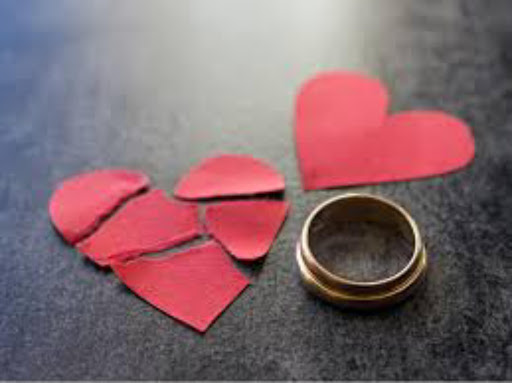 Infidelity has dire consequences, especially for celebrity couples but some celebrity duos have managed to move past the cheating scandals and worked on their marriage.

Below is a list of Kenyan celebrity couples who have been through some seriously tough times and are still in it for the long haul.

Gospel celebrity couple, DJ Moh and Size 8 are no doubt the best celebrity power couple as they are madly in love with each other despite the marital problems they have faced.

For over seven years, the couple has been together and are blessed with two adorable kids.

In 2020, Edgar the tea master exposed DJ Moh for cheating on his wife with a lady called Margaret however this did not sway the undying love of his wife, Size 8.

The sensational couple Lawrence aka Terrence creative and Milly Chebby is an inspirational couple as they have been through thick and thin in their marriage.

In an interview with radio host Jalang’o, they candidly opened up on their marital struggles, admitting that marriage is not a walk in the park.

Terrence creative had his life private until his cheating scandal with Anita Sonia emerged online.

Despite being on the rocks, His wife forgave him for being honest even before the news surfaced online and are in a happy relationship.

They have been together for over three years and are blessed with a beautiful daughter called Millie Netai.

Popular Mugithi star Samuel Muchoki popularly known as Samidoh is a father and a husband to Edith Nderitu.

The high school sweethearts has been together for over a decade and are blessed with three beautiful children.

The singer came clean of his indiscretions after Nyamu posted a video of Samidoh excitedly holding and rocking their son and offered a public apology to his wife who never left his side even after the scandal.

The couple is stronger than ever, celebrating their love online and serving couple goals to most Kenyans.

The Daima Mkenya hitmaker whose name has been a household name for singing the patriotic song that serves as a reminder to Kenyans to avoid divisive politics is a father and a husband to Sheba Hirst.

Married for over a decade, the hitmaker was exposed for cheating on his wife with former Tusker Project Fame Winner Valarie several years ago and the affair brought forth a child.

Despite the immense public scorn for Eric, Sheba forgave his indiscretion and his marriage has survived for over a decade now.

In 2013, the marriage of the Veteran Kenyan king of rap Kennedy Ombima aka King Kaka was put to test when cheating allegations emerged of him having an affair with singer Sage Chemutai.

At the time his wife Nana Owiti was pregnant with their first child and the two coincidentally gave birth one month apart.

In spite of the scandal, king kakas wife forgave him and stood by his side are now happily married and are blessed with two lovely kids.

Milele FM’s Head of radio, Alex Mwakideu a husband and a father of three daughters is happily married to Marriam Mwemba.

Seven years and still counting the couple has been an admiration to most as they have shown that love prevails through thick and thin.

Despite the cheating allegations shared by Edgar involving an affair with his co-worker, the two seems to have worked things out and are stronger than ever.

Does her husband cheat on her? Yummy Mummy responds

Murugi Munyi has been married to her husband for five years.
Entertainment
2 months ago
WATCH: For the latest videos on entertainment stories