6 Kenyan celebrity couples who are co-parenting

• Co-parenting requires maturity and lack of a big ego. 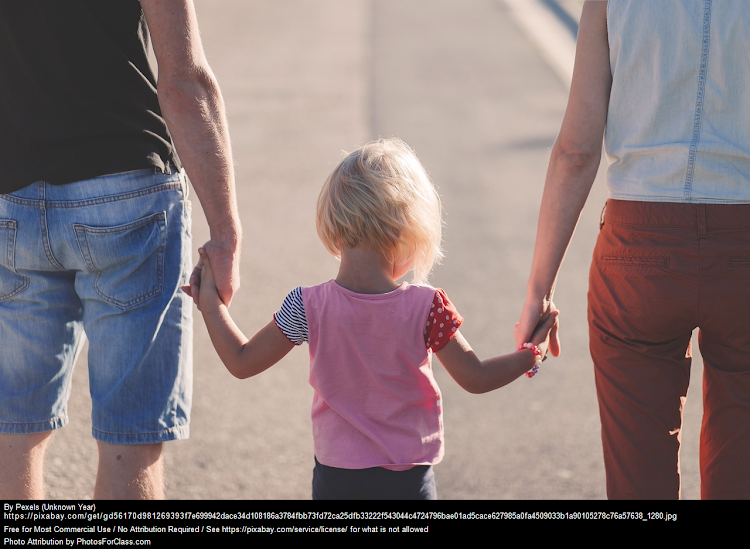 Co-parenting means putting aside a couple's personal differences and implementing a parenting plan that best suits their child.

Co-parenting creates an avenue where kids get to feel safe and successfully integrate the sadness of the breakup into their development.

From Dr Ofweneke and Nicah to Bahati and Diana, here is a list of Kenyan celebrities who are co-parenting.

The gospel singer Grace Wanja aka Nicah the Queen, ex-girlfriend to comedian and radio host Dr Ofweneke too to her social media and advised Netizens on co-parenting.

The two couples are currently seeing other people and their partners fully support their decisions as they are fully aware of their actions.

Recently, Nicah posted a photo of her, Dr Ofweneke and their daughter in a graduation ceremony where she went ahead and advised netizens on how co-parenting works for them.

Her post attracted a number of celebrities who congratulated them for their teamwork in doing what was best for their daughter.

The Kenyan rapper Juliani together with Brenda Wairimu has a six-year-old daughter whom they look after together even if they split up.

The Kenyan rapper said that he was very much disoriented after their breakup but after finding God, he was able to move on and now sees her for who she is.

The rapper hailed Brendah for her support both in his career and his personal life.

He even says that she did step in whenever he didn't have the money to support them and never at any given time did she prevent him from seeing his child.

The Kenyan comedian and media personality Felix Odiwuor aka Heavy J Baba reunited with his baby mama Chepkoet during their daughter's birthday as she was turning a year older.

Many were surprised by their reunion after staying away from each other for a year.

Being a wealthy celebrity and a loving father, Jalas threw a lavish birthday for the year-old making the day a memorable one.

The media personality Grace Msalame is a mother of two beautiful twin daughters together with Paul Ndichu.

The couple broke up but amicably choose to support their twin daughters despite their personal differences.

After their break up, Paul fell in love with Evaline Momanyi in a private colourful wedding where his adorable twin daughters happened to be the flower girls.

Grace awed many Kenyans when she congratulated and expressed her joy seeing her ex-husband marry his long time girlfriend.

The popular Kenyan artist Kelvin Bahati is among have embraced the act of co-parenting.

He shared a beautiful baby girl with his ex-girlfriend Yvette Obura who was his long time girlfriend before being in the spotlight.

In her previous post, Yvette expressed her happiness by appreciating Diana Marua, Bahati's wife for the love and care she has shown to her daughter Mueni.

It is clear that Diana and Yvette are on good terms as we could see a photo of Diana taking care of Mueni.

The little girl is seen in a couple of videos caring for Diana Marua's kids who are practically her step-siblings, her being the first born of the singer Bahati.

Celebs you did not know are related (Photos)

Some of these celebs are either siblings or cousins.
Entertainment
3 months ago

The flamboyant businesswoman and musician has Esther Akothee showered he 73-year-old baby daddy with sweet words of love and appreciating him for always being there for her and their two sons.

The two share their sons, Ojwang and Oyoo and have been co-parenting over the years despite living in different countries.

She also appreciated him for supporting her other children even if they are not biologically his but treats them like his own.

'I will protect you from vultures,' Akothee pens emotional letter to Rue Baby

Akothee urged Rue Baby to move on whenever a relationship does not work.
Entertainment
2 months ago
WATCH: For the latest videos on lifestyle stories