• 'Once he is sober he will just do 'normal songs.' - Oga Obinna 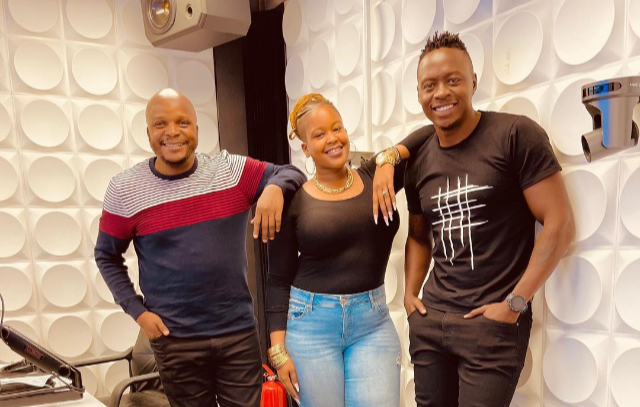 Oga Obinna has claimed that if Bien was to quit jaba aka miraa his music inspiration wouldn't be the same.

According to Obinna, jaba is what inspires Bien to be the man he is. Speaking during the Morning Kiss, Obinna said;

'How do you expect Bien to sing Mbwe Mbwe when he is level-headed? He needs Inspiration like Ben Soul. He is always eating or smoking something. Ben Soul wouldn't function at a place with no food.'

'He will write music but it won't be the same. Jaba is what inspires him. It makes him think out of the box. Once he is sober he will just do "normal" songs.'

Bien had earlier revealed that among the many resolutions he has for the year 2022 is to quit taking jaba.

In a social media post, Bien said he reached the decision after deep introspection. He vowed to also go slow on the internet, which he terms as a toxic place.

"So after a long hard look in the mirror, I have decided to change my ways. The internet is a very toxic place and I just want to take a step back.

There are a lot of habits that I picked up along the way that I am leaving behind this year. I just wanna reset and rewind. Thank you.

'I am considering quitting jaba,' Bien vows to change his bad habits

Bien will be going slow on the internet, which he terms as a toxic place.
Entertainment
3 months ago