• "Flashback 5 years later and my hip pain rapidly escalated prompting me to experiment numerous option from physiotherapy, orthopedic examination and medical treatments which were in vain." - Kanda King 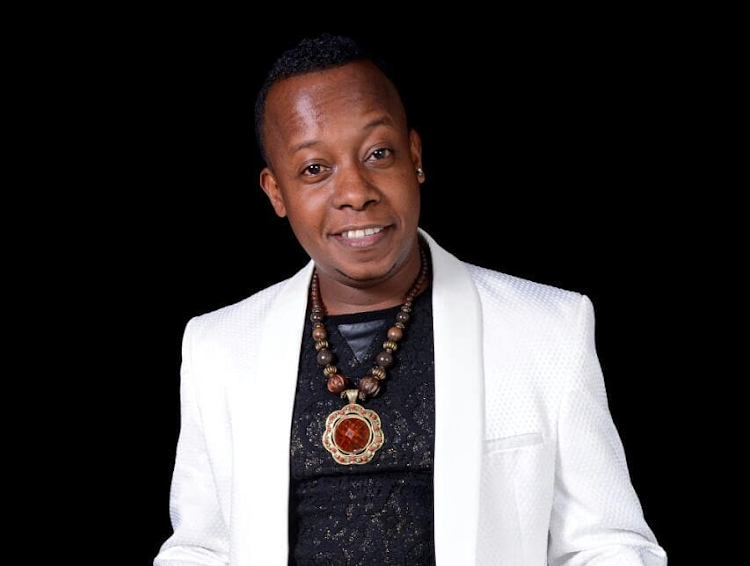 Celebrated Kenyan dancer, Kanda King, is appealing for financial  help to enable him get a hip replacement.

King  who was well known for his dance moves and acrobatic dances says he injured his hip and only realized about the damage years later.

In a medical appeal poster seen by Mpasho, King says the entire procedure to fix his hip will cost him 99oK.

""During my tenure as a dancer, I used my talent including flexible and acrobatic stunts to entertain people. Unfortunately I came to the realization years later that I had injured my hip.

Flash back 5 years later and my hip pain rapidly escalated prompting me to experiment numerous option from physiotherapy,orthopedic examination and medical treatments which were in vain." Read the appeal in part.

Ailing Akuku Danger out of danger as hospital bill balloons

Churchill Show comedian, Akuku Danger, is now recuperating in the general ward, his friend Sandra Dacha has said. He has been in ICU since
Entertainment
1 week ago 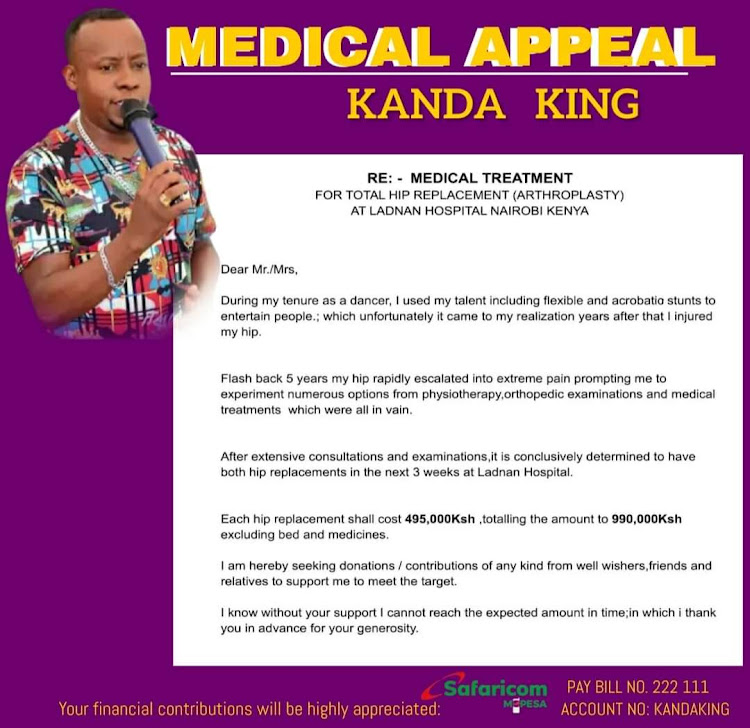 His appeal comes at a time when Churchill comedian Akuku Danger is appealing for help to offset his medical bills.

Akuku who has been battling sickle cell anemia had a collapsed lung something that left him in ICU.

Toldo was diagnosed with Kidney failure and it requires urgent treatment. Radio Jambo presenter, Gidi shared a poster on his page asking his friends and followers to help in raising the said amount.

Please contribute whatever you have to help these great people, no one can do it alone.