• "I really wanted my puppy to run our rings down the aisle. Everyone shut down that idea so fast." Anita Nderu 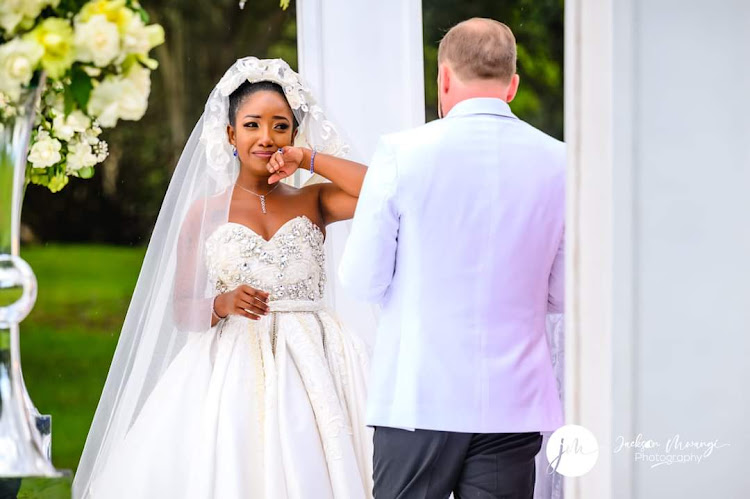 Anita Nderu has revealed she had wanted her dog pet to carry her wedding rings to the aisle but everybody turned the idea down.

Media personality Anita Nderu caught many by surprise after photos of her ruracio leaked.

The bubbly Anita walked down that aisle on Thursday, September 9, 2021.

Through her socials Nderu posted,

"I really wanted my puppy to run our rings down the aisle. Everyone shut down that idea so fast. To be fair Nina would have taken off to bark at the donkeys instead of handling the rings."

City lawyer, Nick Ndeda, has responded to claims that he and Betty Kyallo are no longer together. This was after Betty shared cryptic messages of ...
Exclusives
1 week ago 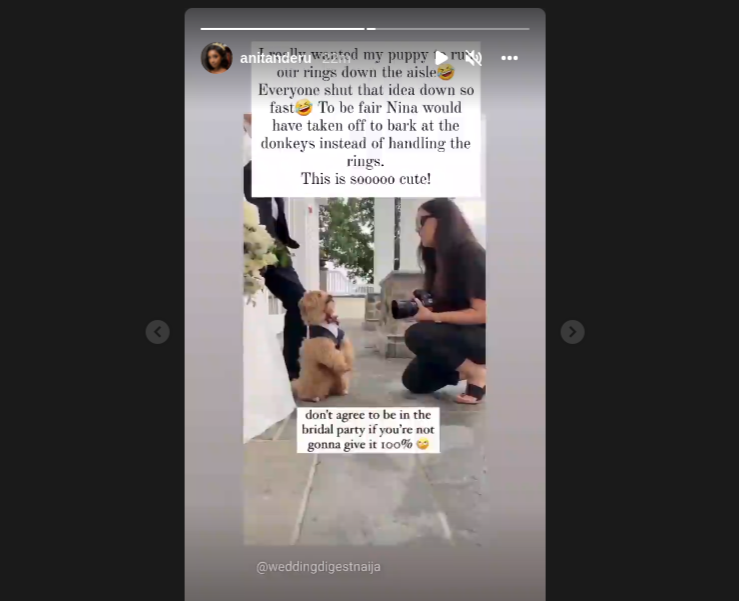 In an invites-only ceremony, Anita married her fiance Barret Raftery.

The event was held at Mukima house, a luxury country house situated in Meru County that has excellent views of Mount Kenya.

Nowadays, most weddings no longer follow the old school way of kids carrying the wedding bands.

Most people use a drone.

Would you let your pet carry your wedding bands?

"If Shiru refused mambo yako we can look for someone here. instead of paying for an air ticket and coming all the way here and there are no results." ...
Entertainment
1 week ago