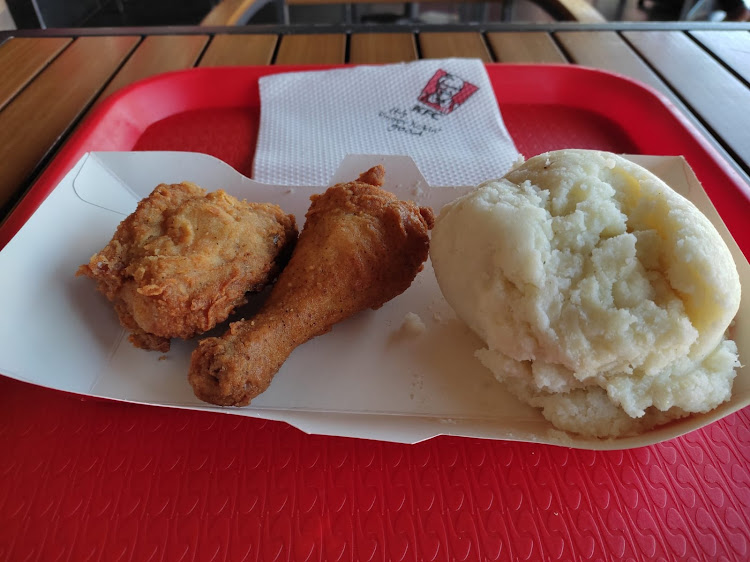 Kathambi Kaaria saw an opportunity to supply potatoes to KFC when news went round that the franchise was opening shop in Kenya.

Kathambi has narrated on Twitter how her interaction with the American company went.

"On this KFC story. I tried to supply potatoes (like any Meru would ) to KFC when they started up in Kenya in 2011! Halfway in, I was fed up with Kenya and the govt, but very, very informed on global food supply chains.

It started with dinner. A professional contact invited me to dinner with a team that was working on bringing the KFC franchise in Kenya. P.S monetize your brain for people to 'pick'. Anyway, during the chat, I learned that the potatoes would come from Egypt.

They were trying to figure out the chicken bit but they had pretty much given up on potatoes... Me: I can supply. (Guys, please always dream big!! ) Them: Do you grow? Me: I can grow. I come from Meru. Anyway, I asked what their pain points were

KFC, Lucifer...-Just some of the things Kenyans are thankful for in 2021

Sometimes it is good to remember what we are grateful for in life, something we at Mpasho.co.ke recently asked our readers.
Entertainment
8 months ago

A couple of issues. 1. The first was quality control and standardisation. A big component of MNC food chains is built of standardisation. That you can be sure that a KFC tastes the same anywhere you go. Or that a Big Mac in Nairobi, will taste the same in Lebanon.

The second. And this is probably the MOST IMPORTANT is food #traceability. It means that global food chain can trace your food to its source. Every single fry from KFC et al, can be traced down to the farmer who produced it. From planting, packing, transport, storage and cooked.

It might not seem like a big deal, but #TrackAndTrace technology is central to global food supply chain. If you get diarrhoea after eating KFC fries, they can tell excatly which batch made you sick, and take it off the shelf.

#TrackAndTrace technology is also an investment in legal and regulatory safeguards. Us guys can go hara and make noise on Twitter from bad food, but in many countries, litigation over #FoodSafety is serious, serious business.

#Traceability is why I imagine the idea of cooperatives does not work because you would have to track produce from various farmers, with varying farming practices. Not in the interest of profit-motivated MNCs I believe chicken is easier with Kenchic as it is single-sourced.

KFC explains why they can not buy potatoes from Kenyan farmers

• KFC makes their fries with potatoes that have successfully undergone quality assessment.
Lifestyle
7 months ago

Anyway, the hustler I am, I came home, wrote to my then business partners (and techies) about developing a #TrackAndTrace system for KFC. I also threatened them that I'm a visionary so they shouldn't waste my good time P.S Ignore the Obesity thing guys. But also fast food= bad

My guys worked y'all. We brainstormed and researched extensively. But, private sector solutions work hand in hand with govt policy. Even the best Track and Trace system cannot survive ineffective govt policy and regulation. So, we abandoned it soon enough.

We need young people developing agricultural technologies. I know first-hand that we have the capacity. But that potential can only be realised if we have people who understand policy leading the way in government

I've argued before on regulations for scheduled crops (irish potatoes) and beekeeping (see pinned tweet). Regulations are a vital part of global agricultural systems. Empowering farmers to participate in global markets begins with knowing who is growing what, how, and where.

I'm getting questions on Ugali. I don't have the details but I'm willing to wager that KFC is working with a Miller. Many commercial millers are growers and can meet #traceability standards (like with KFC). Please I hope you don't think KFC wananunua Pembe kwa kiosk."

Check out the reactions to the thread in the link below.

Halfway in, I was fed up of Kenya and the govt, but very, very informed on global food supply chains.
THREAD.