• President Uhuru Kenyatta has mourned the ever-smiling Archbishop Desmond Tutu as an African icon of freedom, peace, and reconciliation. 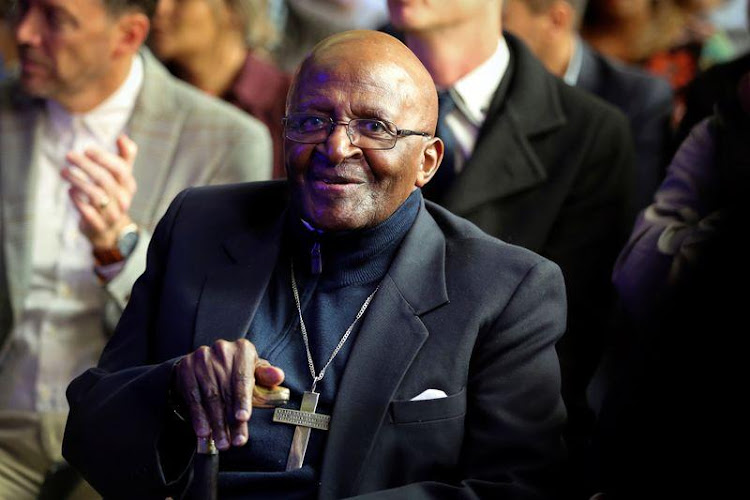 The world woke up to the sad news of the death of South African clergyman, Archbishop Desmond Tutu.

President Uhuru Kenyatta has mourned the ever-smiling Archbishop Desmond Tutu as an African icon of freedom, peace, and reconciliation.

"The passing away of Archbishop Desmond Tutu is a big blow not only to the Republic of South Africa where he leaves behind huge footprints as an anti-apartheid hero but to the entire African continent where he is deeply respected and celebrated as a peacemaker.

"Through his distinguished work over the years as a cleric, freedom fighter and peacemaker, Archbishop Tutu inspired a generation of African leaders who embraced his non-violent approaches in the liberation struggle," Uhuru mourned.

Here are some of the tributes from Kenyans.

@ Makau Mutua - "RIP Archbishop Desmond Tutu. May Africa and the world be led by your example and legacy of empathy, the struggle for social justice, and equality. Today we are all South Africans as we mourn this moral giant and icon."

@ Charity Ngilu - "An Icon has rested. What an impactful life well lived! Archbishop Desmond Tutu positively changed S. Africa and the world. We are better off with his service to humanity. The history of democracy can’t be told without mentioning his contribution. Rest with the angels man of God."

@ Maina Kageni - "Rest In Peace Archbishop Desmond Tutu. What a life you lived..... what an impact you had in the world.... the whole of Africa celebrates you!!!!"

@ Karismatic - "My condolences to the Globe for the lose of an Icon. Rest well Legend."

Popular quotes by Desmond Tutu before his death