Baba Christmas: Find out the origin of Santa Claus

• We were used to a white Santa, but nowadays black Santa Claus is becoming more common including our very own Raila Odinga. 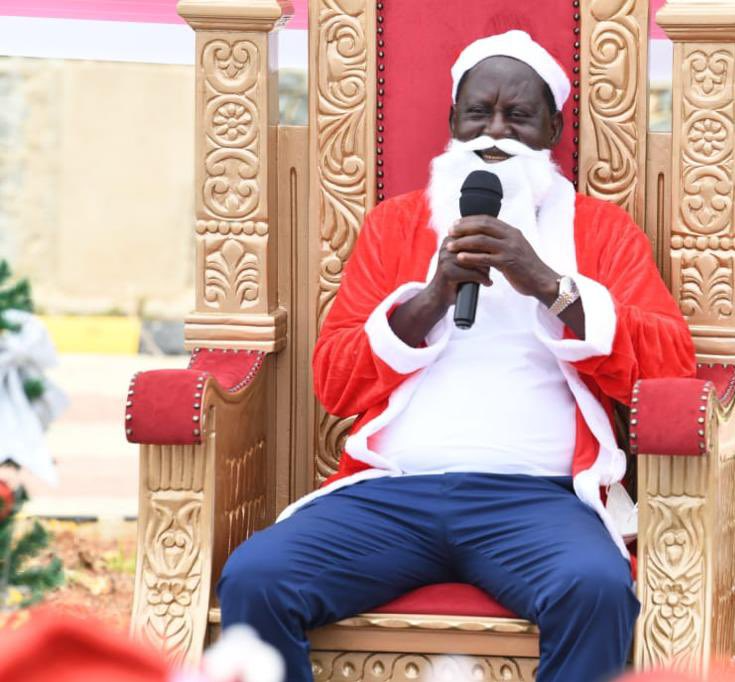 On Christmas day, it is common to walk into a mall and find a man or dummy dressed in red and white and with a long white beard.

Santa Claus, who is locally referred to as 'Baba Christmas' entices kids during the festive seasons.

In the past years, we were used to a white Santa, but nowadays black Santa Claus are becoming more common including our very own Raila Odinga.

On Friday, the former Prime Minister was dressed like Baba Christmas as he treated kids to a Christmas party at his Riat Hills home in Kisumu.

But where did Santa Claus originate from? And why is he only common on Christmas holidays?

The character originates from a man named Saint Nicholas.

Born 280 A.D. St Nicholas was a legend who gave away what he had to the less fortunate, traveling in his countryside helping the poor and the sick.

Nicholas’s popularity spread and he became known as the protector of children and sailors across Europe.

From his actions, the name Santa Claus was born and it would signify a jolly man in red who brings toys to good girls and boys on Christmas Eve.

Media personality Julie Gicuru and family are mourning the sudden death of her nephew.
Entertainment
1 month ago