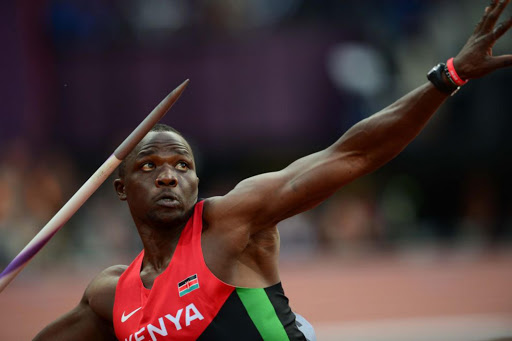 King of Kenyan Javelin Julius Yego has raised an alarm over the rampant cases of murder-suicide among members of the disciplined forces. Yego is himself a member of the National Police Service (NPS).

"It's been a tough and rough last few months or so seeing my fellow NPS officers mostly juniors taking their lives after killing their fellow colleagues and even civilians, it is very disheartening and disgusting," Yego said in a candid post.

"Something urgent is needed now, not tomorrow to stop this thing now, it's now," adding, "Many lives will be lost if nothing is done to bring this menace to an abrupt halt with long term solving policy within and outside the service."

The sports champion noted that "Mental issues now is a global issue among youths mostly and even old generation and its a fact. We also MUST teach and tell this young generation that life is God-given and sacred and must be preserved and taken care of and that no one is allowed by any laws to take it away from one another or take yours too."

He continued, "When issues of love and family arise, they should be equipped to solve them amicably and in a way accepted to each one of you in that partnership/ association. Family is sacred too and you must protect it always. Condolences to the lost lives this far #ownopinion."

This comes after a police conctable took his own life due to biting financial strain and other issues.

6 people shot by a Kabete cop on a suicide mission

And in the process, Imbatu stepped out with his gun blazing and felled five other people including two bodaboda riders and his neighbours in ...
Crime
1 month ago

A Police Constable at Chaani, Mombasa hangs himself, leaves a detailed letter to his boss and family of what he expects after his death. pic.twitter.com/iGsPIqMzvX

Meanwhile, a police officer committed suicide in Eldoret by locking himself in his house and setting it ablaze.

The officer identified as Sergeant Sammy Chirchir was based in Lodwar but had a home at Maili Nne in Eldoret where his family leaved.

Uasin Gishu county police commander Ayub Gitonga said the officer sent away his four year old child before locking himself in the house.

He lit fire on a mattress which caused a gas cylinder to explode. He was burned beyond recognition and Gitinga said the incident was being investigated.

"Kwa leo not because of PR and show off but because I know how painful it is to lose a parent while you are still young."- Mike Sonko
Entertainment
1 month ago