Driver of ill-fated Mwingi bus was reluctant to cross river

Yesterday was a sad day for most Kenyans as news emerged about the Mwingi bus tragedy that claimed the lives of over 20 individuals with many others getting injured.

New reports reaching us indicate that the much-maligned driver of the ill-fated vehicle had waited for nearly two hours before he made the decision to cross River Enziu.

This was after some of the wedding attendees in his bus had indicated that they were getting late. The driver for his part had expressed doubt about crossing the bridge as he wasn't familiar with it. 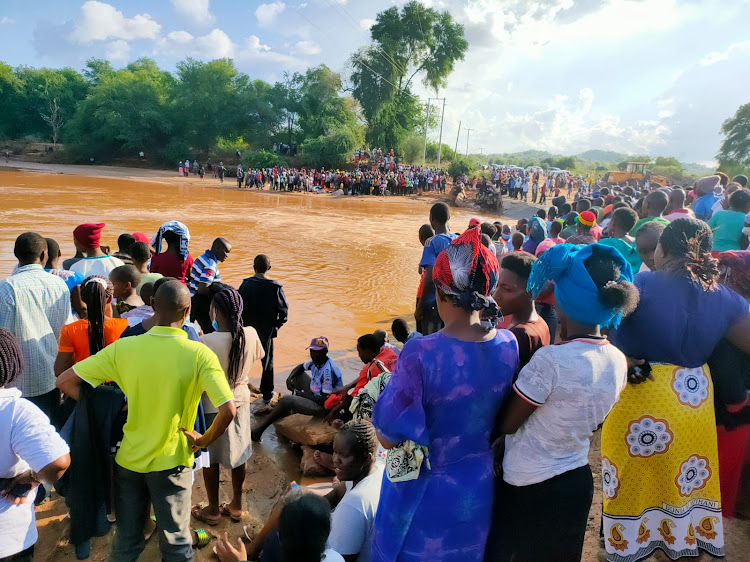 But the driver gained some confidence after seeing two matatus and some other vehicles cross.

"We were about 40 passengers when leaving Mwingi in the morning. Around 10 seats were empty. As we were crossing the river, the 51-seater bus was full with more than 15 people standing," Simon Kea told the Nation.

Kea added that he had survived death after one of the drivers had pulled him out of a window after the bus started sinking,

"I felt a hand grab my shoulder and pull me out through the window. I thank God for sparing my life," he added.

"This is a river and it was flooding. The driver lost control and slid into a ditch. The bus capsized next to the bridge. The driver has also died. The bus was leaving Mwingi Central towards Nuu in Mwingi East," Mwingi East Sub County Police Commander Joseph Yakan told the media.

Twenty four people died on Saturday while 12 were rescued after a bus capsized in river Enziu, Mwingi County.The 12 include four children and eight
Lifestyle
1 month ago