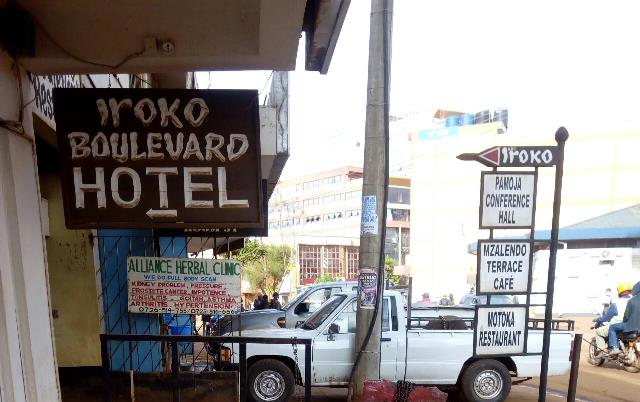 A dark cloud has engulfed Kitale town following the death of a prominent businessman who in July this year shot a woman after mistaking her for the rogue policewoman Caroline Kangongo.

Speaking to Kenya News Agency (KNA) at the home, the mother, Mrs Florence Muyundo, 74, said police officers had launched investigations into the death of her son, which occurred on Tuesday night.

According to Mrs Muyundo, the son, who until death was the proprietor of popular Iroko Hotels in Kitale, died while in his house.

“It was around 7:00am yesterday when one of the hotel staff called me seeking to establish the whereabouts of Kennedy who had not reported to his workplace and was neither picking phone calls,” explained Mrs Muyundo.

The mother visited the son’s compound where she noticed doors to his main house were still securely locked from inside. She alerted neighbours and with assistance from workers gained entry into the house after breaking one of the doors.

“It was then that I stumbled on the lifeless and half-naked body of my son lying on the floor of the bedroom,” recounted the devastated mother.

Police officers at Kiminini station and scenes of crime personnel from Kitale rushed to the scene.

County Criminal Investigations Officer (CCIO)  Francis Kihara confirmed the incident, which has left the business community and residents of Kitale and Kiminini towns in shock. 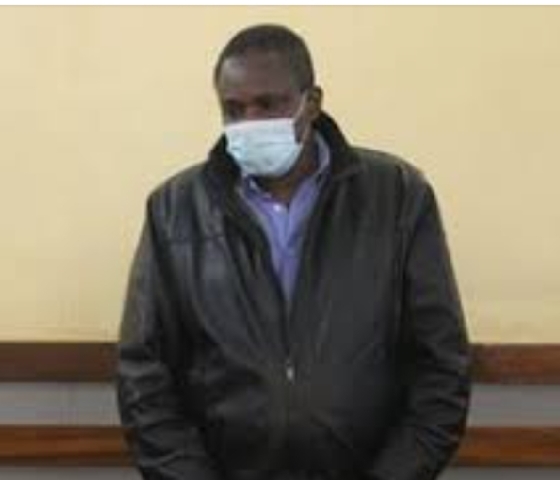 Kennedy Muyundo, a prominent hotelier in Kitale town when he appeared before Kitale Law Courts over a gun shooting incident in July, 2021.

Preliminary investigations indicated the deceased arrived at his compound about 12:30am on Tuesday.

“Assorted drugs and juice were recovered from the bedroom and will aid the investigation officers establishing the possible cause of the death,” said Kihara, adding the body was removed to Cherengany Nursing Home mortuary.

Mrs Muyundo disclosed the deceased who is married with three children was staying alone in the house at the time of his death.

“The wife, Vivian, is away in the United States of America (USA) where she had taken their last born to join his sibling who has been living there since 2019,” she revealed.

Mrs Muyundo, who lives in Nairobi but had travelled upcountry since last week, further revealed the son had been ill for a while and was on medication.

"My son has been sick for some time. He first tested positive for Covid-19 before developing a blood clot problem. The reason I have been around to check on him,” added Mrs Muyundo.

The deceased was seen in a jovial mood on Monday evening at a local club where eyewitnesses claimed he bought drinks for everyone that was present.

Things you did not know about the late Caroline Kangogo

Opinion: Why do some people become killers?

Serial killers fall into four categories; the visionary killer, the mission killer, the hedonistic killer and the killers playing out their power and ...
Crime
3 months ago

The deceased was involved in a much-publicized shooting incident July this year in which he was accused of assaulting a lady whom he allegedly mistook for the rogue policewoman, the late Caroline Kangogo, who was on the run at the time.

“Since the shooting incident which occurred here at Kiminini market my son has never been the same again but has been experiencing frequent moments of stress,” Mrs Muyundo confided to KNA.

The deceased who was a licensed gun owner shot Ms Phanice Chemutai Juma, 20, from Kaboiywo, Mt Elgon Sub County thinking she was Kangogo.

He was arrested and arraigned at Kitale Law Courts where he was released was on Sh.200,000 cash bail after he denied charges of attempted murder before Chief Magistrate Julius Ng'arng'ar.

Criminal Lawyer, Cliff Ombeta, who appeared for the deceased requested the court to release the accused on bond, citing that his client was unwell and needed to seek medical attention. He argued his client had not intended to cause any harm to Ms Chemutai.

The deceased had told the police he shot Chemutai on suspicion she was the fugitive cop, Kangogo, who was then being sought in relation to the separate but closely connected murder of two men in Nakuru and Thika towns.

“He was a quiet man and he lived alone after separating with his wife and we only came to know of his death after police confirmed his identity ...
Lifestyle
2 months ago

The mystery of the missing Ethiopian businessman seems to heat up after city lawyer Cliff Ombeta unleashed registration details of the car that ...
Crime
2 months ago