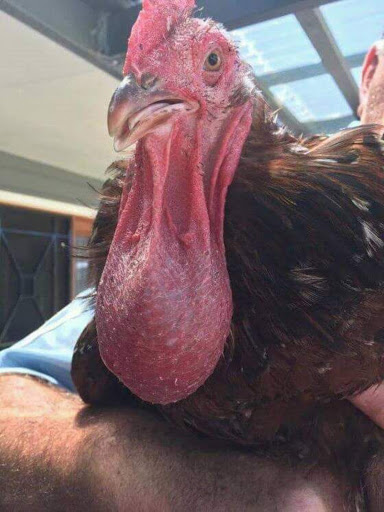 How we laughed in 2021! Yes, the year was plagued by Covid, fires and floods... but it did throw up some weird and wonderful news to lift the spirits.

Here is our selection:

There was only so long US Secret Service agents guarding Ivanka Trump and her husband Jared Kushner could hold on...

Donald Trump's seemingly favourite child and her millionaire partner refused to let agents use any of the "6.5 bathrooms" in their Washington mansion, it was revealed days before her father left the White House in January.

Instead they had to use the toilet at Barack and Michelle Obama's nearby home.

A woman in Quebec stopped by police walking a man on a leash during a coronavirus curfew insisted "she was walking her dog", which was permitted under the rules.

- Childbirth is no excuse -

South Korean officials issued a reminder to pregnant women to have enough pressed shirts, socks and underpants and frozen meals ready for their husbands when they are away in hospital giving birth.

- What an amazing tool -

A Danish children's television show about the misadventures of a man with "the world's longest willy" went viral.

John Dillermand (John Penisman in English) uses his extraordinarily long member to get himself out of tricky situations. But it also lands him in deep trouble like many a male before him.

The idea that swearing is bad turns out to be a load of old cobblers.

US research found people who use profanities tend to be more intelligent, creative, honest and less likely to "engage in serious unethical behaviours".

An Indian man declared dead after a motorcycle crash began to move on an autopsy table as doctors got ready to open him up.

Yoshiro Mori resigned as Tokyo Olympics chief in February after the former premier declared that the trouble with women is... they talk too much.

Mori later apologised, saying: "I don't speak to women much."

The entire board of a California primary school resigned after they were caught dissing parents as pot-smoking slackers on a Zoom call.

French male pride swelled at news that the world's most romantic panda -- who is naturally French -- had managed to couple eight times in one day with his new lover.

Pandas are not known for their stamina during love-making, but keepers at Beauval zoo said sparks flew when Yuan Zi got up close and personal with his young Chinese mate Huan Huan.

A French man who asked his neighbour if he could loan him his saw "to get rid of a body" was arrested in March for the murder of his lodger.

US First Lady Jill Biden, a notorious prankster who once stuffed herself into an overhead locker on Air Force Two when her husband was vice president, disguised herself as a flight attendant on Air Force One to hand out ice cream to reporters on April Fools' Day.

- Let's be ladies about this -

The reigning "Mrs World" was arrested after pulling the crown off the head of her successor as "Mrs Sri Lanka" and smashing her dressing room mirror after the ceremony in Colombo turned ugly.

A Canadian lawmaker who appeared stark naked on a House of Commons Zoom conference call was caught on camera six weeks later peeing into a coffee cup during a virtual committee meeting.

A "dangerous-looking animal" in a tree that struck terror into a quiet street in Krakow, Poland, turned out to be a croissant blowing in the wind.

The French town of Bitche had its Facebook page taken down after the US tech giant thought its name was an insult.

A Taiwanese bank clerk married four times in a month so he could max out the country's statutory eight days of paid holidays for newlyweds.

Science was rocked in September by news that ducks can talk -- and they are quacking good impersonators.

Biologists said they can parrot human speech and even imitate the sound of a door closing.

Kosovo surgeon Skender Telaku removed a mobile phone from the stomach of a prisoner without cutting him open after he swallowed it to hide it from prison guards.

Luckily the phone did not ring during the delicate procedure.

A Danish artist given $84,000 to make artworks out of banknotes pocketed the cash and sent the gallery two blank canvasses entitled, "Take the Money and Run".

Rap star Nicki Minaj was not allowed into New York's Met Ball after revealing she had not been vaccinated because a friend of her cousin in Trinidad said his testicles swelled up after he got the jab.

A man under house arrest in Italy on drug offences pleaded with police to lock him up because he couldn't bear being stuck at home with his wife.

Police made the 30-year-old Albanian's day by jailing him.

"When a police team and his family came over to initiate the paperwork for the autopsy, he was found alive," he added.
Crime
1 month ago