Toxic behaviours parents engage in unknowingly that hurt their kids 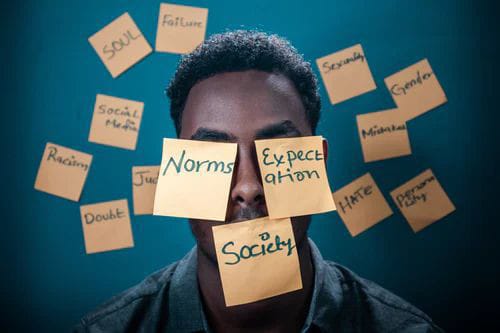 When it comes to kids, you never know a clear-cut way to nurture them. Your parental instincts have to guide you here, and sometimes they can be misleading. You got to be smart about it anyway.

There is no school curriculum that teaches the right way to bring up your kids. Infact, the only 'blueprint' that is readily at our disposal is that of the of our parents before us.

However, sometimes it's not a good example to emulate. Everyone makes mistakes when it comes to parenting, you cannot be right all the time.

Today let's look at those toxic behaviours that parents engage in unknowingly and end up hurting their kids.

Growing up as a rebellious kid-not really rebellious, just the normal childhood tantrums landed me on my mom's bad side. In my case, I didn't have siblings then but I had a best friend who was like a sister to me and she was everything my mother would have wanted as a daughter.

My mom would remind me that I should be like her, do this like her, study like her- do! do! DO! I know she had best intentions of motivating and disciplining me but that did the complete opposite because I didn't fully understand who I was then and now, I'm still trying to be my best friend.

When you have more than one kid, try not to compare them out loud, it's both toxic and incompetent on your part as a parent.

Labelling cannot be any good either. No matter how positive a label can be, it can be problematic and self-fulfilling and hard to shake off.

Telling your kid performs well because of their natural ability is damaging, it may sound positive to you but it's toxic. What happens when next time he or she fails? He or she will question her ability, why did she fail if you told her she is naturally smart?

Some bad labels like 'a foodie' may end up damaging the kid mentally and physically, they will spend their entire life living up to the label. Be cautious as a parent when it comes to this behaviour. Remember, mindfulness is imperative.

Every parent yells, in fact all African parents yell. They see it as a way of disciplining a child. Some may do it to the extreme and end up hurting kids emotionally.

As a kid, I preferred being beaten up and sent to bed to being yelled at. My mom had a way with words when she yelled.

I could hold a grudge on her for days because of the things she said when yelling. Sometimes I could end up being sick from crying because I'd spend days processing every word she said and it would hurt twice as much.

When you feel the urge to yell and scream at your kid, just do anything, literally, anything, take a walk, go water the flowers, it's productive and therapeutic. Do anything to rid of your tension and refocus. Then come back, re-engage with your kids, and I didn't say it will be easy, but it's okay.

"Stop crying like a baby, why do you behave like a kid," silencing your child's emotions is a toxic bahavour that parents should avoid.

I was talking to Dr. Mugure John, therapist for underage kids, and he was more than happy to shed light on how parents have ditched their role of teaching their kids to develop emotional intelligence.

"Most parents forget that it's their role to help kids develop emotional intelligence. To be able to identify with what they are feeling." He said, "Instead, they are helping their kids quash and detach from their feelings by quieting them from expressing what they feel."

I had a chance to engage a parent on this discussion, and she had quite a lot to say but I will try and summarize her opinion because I'm in a bit of a time crunch.

"Being a parent is an uphill battle. It's as hard as hard can get. Yelling, name labelling, quieting your kids' emotions and comparing kids, are all mistakes, we as parents do unknowingly." She narrated

"We are human, parents are just trying to be intentional in their way of bringing up their kids. They slide and fall in this parenting thing but they have good intentions for their kids."

She said that parents should take a minute or two, figure out how to engage their kids and talk things through, suppress the urge to yell- compare -and -quiet their kids.

She also said that some parents should heal their own traumas because some pass these toxic behaviours to their kids.

Nobody said you will wake up and figure out parenting, absolutely no one. It's a matter of being cautious and listening to your parental instincts and your kid most importantly. Parenting is not rocket science, it's only hard if you make it hard yourself.

Be smart about it.

Regina Chepkemoi cried, "My youngest daughter, Stephanie is only 22 years old, is asthmatic and watching that video was really sad, very very ...
Exclusives
6 days ago