Celebrities and politicians who used to do drugs

•"There’s a time I was anorexic because of drug abuse. People were counting days to when I will collapse and die." -Huddah Monroe 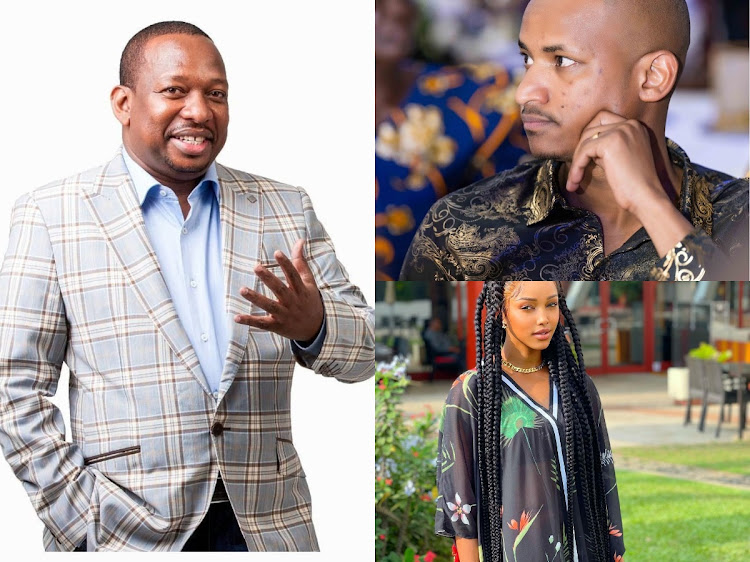 Looking at them now, one would never imagine some of Kenya's celebrities and prominent politicians did drugs.

A drug is a medicine or other substance which has a physiological effect when ingested or otherwise introduced into the body.

Below are some people who have used different types of drugs and have spoken publicly about it.

In an in-depth interview with Robert Alai on the Audit show, Babu Owino said there is no drug he has not come across in his youthful life.

"In my life, there is nothing I haven't consumed, I have consumed soft drugs, moderate drugs, and the hardest of the drugs. Bhang is a hard drug coz it can bring insanity when done in excess. I have also done cocaine, I have done heroin. I have done a lot of drugs, every brand of alcohol.

But at least that was in my last life, this is my new life. And I do accept, that when you are on those drugs a lot can happen, you can make some decisions that are impaired. There is nothing that these drugs add to the body, instead, they can destroy all body organs," Babu Owino confessed.

The Embakasi East legislator admitted that the drugs he took impaired his judgment, and made him make wrong decisions.

'My mom couldn't believe I was her child'-Kathy Kiuna narrates

Kathy Kiuna has opened up on how she used to be a party animal before she gave her life to Christ. Speaking during an interview on Kameme Fm, Kathy ...
Lifestyle
10 months ago

In an interview with Kameme FM, the JCC founder said she was a party animal who used to take alcohol, miraa among other things.

Kathy revealed she once took weed but things did not go as she expected so she quit.

The JCC founder says she was introduced to her first cigarette by her cousin while she was still in high school.

She has since reformed and given her life to Christ.

Through his Twitter account, the Senator stated that during his younger years he was a ‘notorious boy’, who smoked bhang.

“I was a very notorious boy. Bangi ndio zilikuwa zangu but I thank God 25 yrs down the line, I'm completely reformed,” Sonko stated.

However, the flamboyant lawmaker maintained that he had since reformed.

In a past instastory, the socialite revealed that she had become anorexic because of abusing drugs. So skinny was she that some people assumed she would die;

‘’There’s a time I was anorexic because of drug abuse. People were counting days to when I will collapse and die.

I used everything to help me gain weight, nothing worked. I know the struggle and the stigma and criticism weight gain and weight loss is a huge issue, and hard to achieve either way.’’

(Video) Will Smith reveals he turned to drugs during marriage struggles