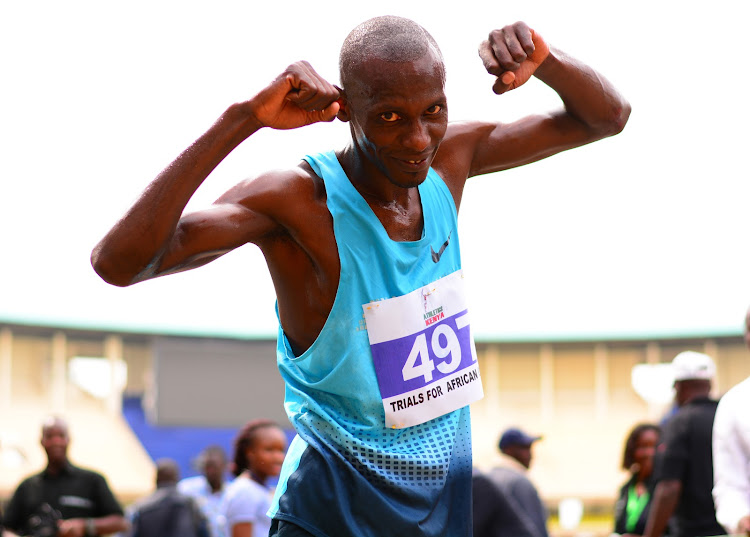 Former World 5,000m silver medalist Caleb Mwangangi says many athletes struggle mentally while recovering from injuries due to lack of support from Kenyans as well as other stakeholders in the athletics industry.

Mwangangi said criticism of an athlete in his or her lowest moments is like adding salt to injury, especially when fans do not understand the reason for their drop in performance.

"As an athlete, I have had my fair share of injuries. You read in the papers and even on social media, people talking negatively about such athletes without trying to find out what's happening. We have athletes such as Rudisha and Alfred Kirwa who have brought so much glory to this country but are not given due attention when they are injured," the 2014 Commonwealth 5000m champion said.

He called on Athletics Kenya to always follow up on athletes' welfare and monitor their injury recovery process to enable them to manoeuvre through these trying moments.

"It takes a toll on our mental health when we are neglected while undergoing injury woes. Sometimes, even saying a kind word goes a long way in boosting morale. We should borrow a leaf from other countries where sportspersons are monitored and assisted to navigate their injury recovery seamlessly," he said.

Mwangangi was speaking at Machakos County Hall on Tuesday during Day Two of AK's consultative forum on athletes' welfare.

In attendance were approximately 200 athletes, coaches, managers and other stakeholders from the Southern region who turned up to make their voices heard on how to improve their welfare.

Kipchoge emerged the winner in the men's 30-kilometer marathon July 23, 2021.
Lifestyle
1 month ago

Mwangangi, who also clinched the African title in 2014 in Marrakech, Morocco, further castigated the Machakos County government for not supporting budding athletics talents from the region.

"There seems to be much concentration on soccer at the expense of athletics. Athletes do not need much to train...just a training camp and adequate food to provide energy for running. If the county government did this then we would be able to continually churn out world beaters as we have done in the past," he said.

Speaking at the same event, AK head coach Julius Kirwa warned unscrupulous individuals masquerading as coaches that their days of bliss are over.

He revealed that all coaches will be required to fill in an ethics form, which binds them to a code of conduct.

"A coach is supposed to be a father and a mentor to an athlete. Unless we stand our ground, everyone will be doing their own things, a "free-for-all" situation. These unscrupulous coaches are giving a bad name to the good ones, who are the majority," Kirwa said.

Other issues that emerged during the day-long meeting include age cheating, poor investment, sexual harassment and exploitation of athletes, exploitative contracts, coaches' empowerment and lack of training facilities.