'My mom couldn't believe I was her child'-Kathy Kiuna narrates

• "We would go partying and go back in the wee of the hours. When I came back my mum would thoroughly beat me up." -Kathy Kiuna 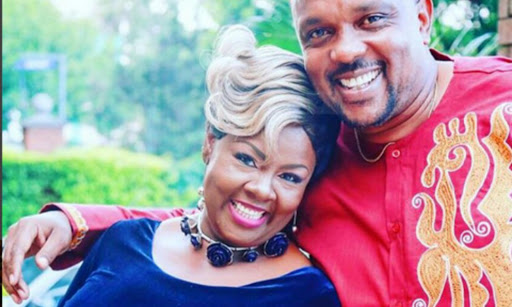 Kathy Kiuna has opened up on how she used to be a party animal before she gave her life to Christ. Speaking during an interview on Kameme Fm, Kathy says she started the party life still in secondary.

"In secondary school is when I learned of Carnivore grounds, I used to go partying when in form four. My cousin was born in the city so she showed me party life."

Kathy says she had her first beer and first cigarette in high school.

"One day she (cousin) brought me a cigarette, I coughed so much when I took my first puff. We went to Safari Park when we saw a young girl smoking and my mum was like 'ona shetani.'

In my mind, I was like you say that and I want to go to the washroom so I can do the same thing. At the time I knew how to perfectly hold a cigarette.

We would go partying and go back in the wee of the hours. When I came back my mum would thoroughly beat me up. If we lived in the US my mum would have been in jail for child abuse."

Karen Nyamu is the mother of my child-Samidoh finally admits

Samido has affirmed his relationship with Karen Nyamu. Karen has always been ridiculed for what many term as 'forcing' things but that is no longer ...
Entertainment
2 weeks ago

"At the time I had even started taking alcohol. I even tried smoking weed. I felt like the stairs were flying so I gave up on weed.

When the exam results were out I failed, I have never even gone back to pick my result slip. My mum would beat me up and say maybe I had been exchanged at the hospital, she couldn't believe I was her child.

My siblings were so good, to date my brother has never taken alcohol."

Today Kathy is a renowned pastor and founder of JCC church along with her hubby, Bishop Allan Kiuna.