How apples will save Moi University after closure 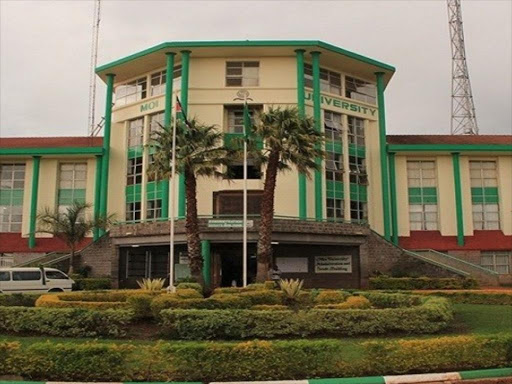 Moi University Vice-Chancellor Professor Isaac Kosgey says they will ensure the college is reopened soon to resume normal operations after it was shut down due to a strike by workers.

Then the staff at the main campus are demanding the implementation of a delayed CBA and remittance of statutory deductions by the university.

The university senate closed the institution arguing that they had no money to meet demands by the more than 4,000 workers.

Professor Kosgey said they had cleared salary arrears and would engage the ministry of education on the issue of the CBA so that the opening date is set soon.

The university will also consider increasing fees from the current Sh16,000 yearly because the money cannot sustain students and its facilities are also in a dilapidated state.

University council chairman Dr Humphrey Njuguna said the crisis at the college was caused by a bloated workforce after the number of its students reduced from about 60,000 to less than 27,000 currently following the phase-out of the parallel degree programmes three years ago.

He said the university had decided to take painful measures, including the sacking of workers, closure of more of its campuses and outsourcing some of its services in cost-cutting measures.

“We have to discus with parents and other stakeholders, including the Ministry of Education, because there are facts we cannot avoid like the need to increase fees.”

Dr Njuguna said the collapse of the parallel degree programme and the closure of some campuses caused the university to lose Sh5 billion internal revenue yet the number of staff had remained the same.

He said the council unveiled a plan to save the university from collapse and revive all its operations through income-generating activities to supplement dwindling government funding.

The university will use more than 1,000 acres of its land to produce apples on large scale in a venture that will generate more than sh 80 billion after the next four years.

The university has already started the project on 100 acres.

“We have done due diligence and, through research involving the school of agriculture, we are sure we will succeed and revamp the university fully," Dr Njuguna said.

Mohamed Ali of Jicho Pevu graduates with a Masters from Moi University, Eldoret

Nyali Member of parliament Mohamed Ali has added a new feather to his cap after graduating from Moi University.The Jicho Pevu host graduated with a ...
Lifestyle
3 months ago