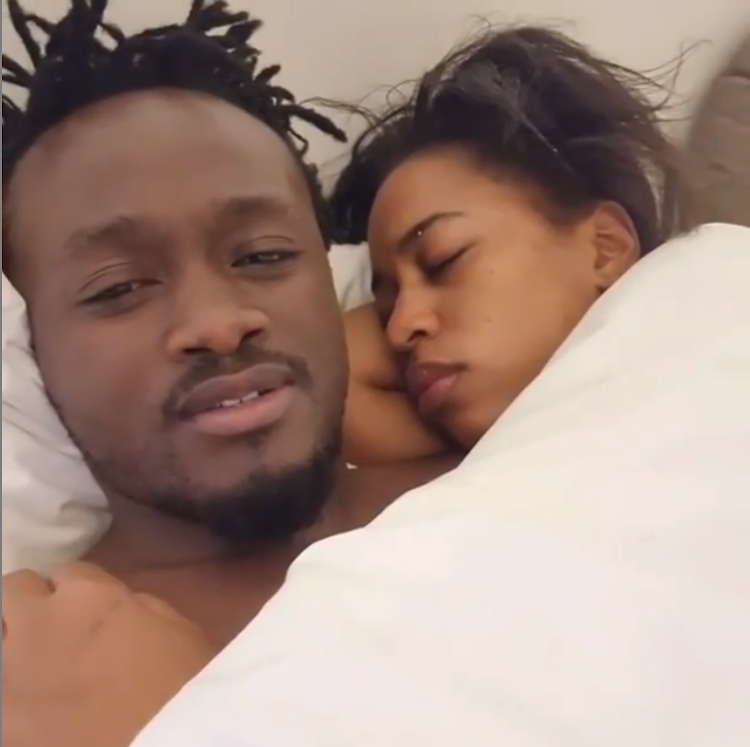 Bahati has leaked a selfie video of himself in bed with his wife, Diana.

In the video, Bahati is filming his wife as she tries to sleep. She also mumbles something inaudible and Bahati unleashes an evil guffaw.

Diana then commands him, "Lala (sleep)", but Bahati keeps filming while laughing.

Diana opens her eyes and sees that he is filming her.

She slaps the phone away from her face saying, "Aiii babeeeee."

Check out the viral video below.