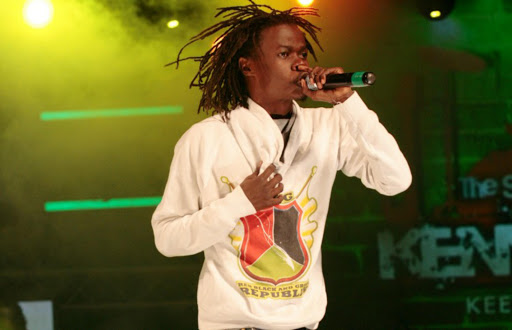 Rapper juliani has some serious support. Bob Oyier a research associate at Omalaw has come to Juliani's defense after KOT claimed, he is broke.

"It's funny how people on the internet genuinely think that Juliani is a broke dude. LOL," he wrote on his Facebook, "I mean, obviously, he has no Governor kinda money but seriously, over the past decade or so, the dude has remained the most sought-after and is easily one of the most commercially successful artists of his generation."

Bob continued, "What I am saying is, there was a time Juliani would make more money from his music than any elected leader including the President earned as their basic salary. And you are here calling him BROKE because he's always kept in touch with his roots?

Anyway, this is Kenya where if you showed this pic to someone who doesn't know who the hell that is, they will say he looks like someone who is not serious with life.“Huyu jamaa mimi siwezi mpea kazi. Ataniibia hata."

He concluded his post with, "Mnakuwanga wajinga than I thought."

Larry Madowo is one of Juliani's good friends, and as such he wrote a forward for the book.
Exclusives
1 week ago