• In a tweet, KURA labeled Kwamboka's business as ‘illegal and an infringement to pedestrian rights.’ 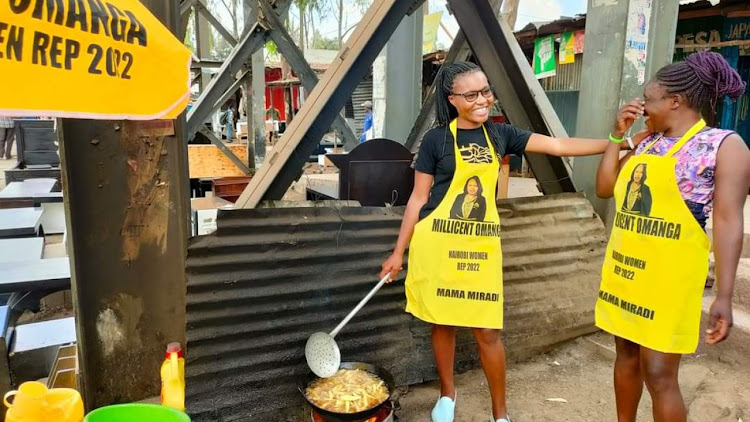 Bevalyne Kwamboka, the viral 'Chips' vendor in Embakasi South has been warned by the Kenya Urban Roads Authority (KURA) for setting up a business in an area designated for pedestrian passage.

In a tweet, KURA labeled Kwamboka's business as ‘illegal and an infringement to pedestrian rights.’

Kwamboka has been trending since her story was first highlighted by nominated Senator Millicent Omanga.

Omanga tweeted that she had donated, branded umbrellas, aprons and money to Bevalyne to “expand her business”.

Kwamboka denied and called out the senator for using her name for her political gain.

"When it was brought to my attention, that Kwamboka had publicly requested for an umbrella to help shield her from rain and sun as she does her chips business, I immediately dispatched my team to visit her and offer her the help she needed."

This is illegal and an infringement to Pedestrian rights, The Footbridges and walkways are meant for Pedestrian passage and not any form of business.