Why my parents did not attend our wedding - Actor Lenana Kariba 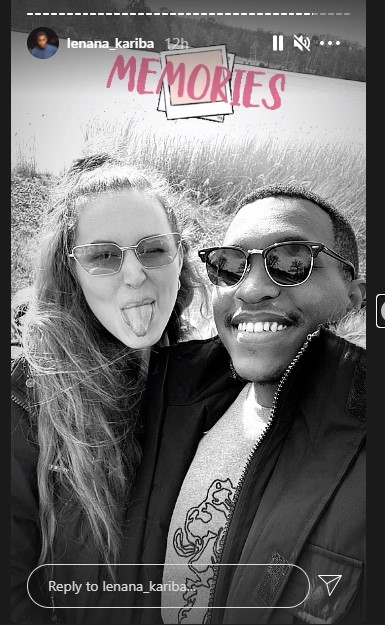 Lenana Kariba and his wife, Hellen

Actor Lenana Kariba has opened up about his intimate wedding to his British bride in August.

The details and photos of the newlyweds were released last month by the actor.

The two exchanged vows on August 11, 2021, at the Pineapple Beach Club in the Caribbean Islands of Antigua.

Lenana has now come out to explain that the wedding was attended by just the two of them, the family did to attend.

He explained that he and Hellen his wife had been dating since 2020 and were ready to move their relationship further. However, the pandemic would not let them.

The reason why his parents were not at the wedding was because "We got to the stage where we realized life was too short to keep waiting for everything happening in the world to pass...so we found somewhere beautiful and went alone."

Adding, "No it was just us alone."

However he stated that they would have a big celebration in Kenya come 2022 in August, and it is then where maybe their parents will attend. They will be celebrating their first wedding anniversary.