Celebrated football star Godfred Yeboah, popularly known as TV3, was laid to rest in a bizarre and eyebrow-raising ceremony over the weekend.

Godfred was a Ghanaian professional footballer who played as a defender. He passed on August 3, 2021, after battling a long ailment. 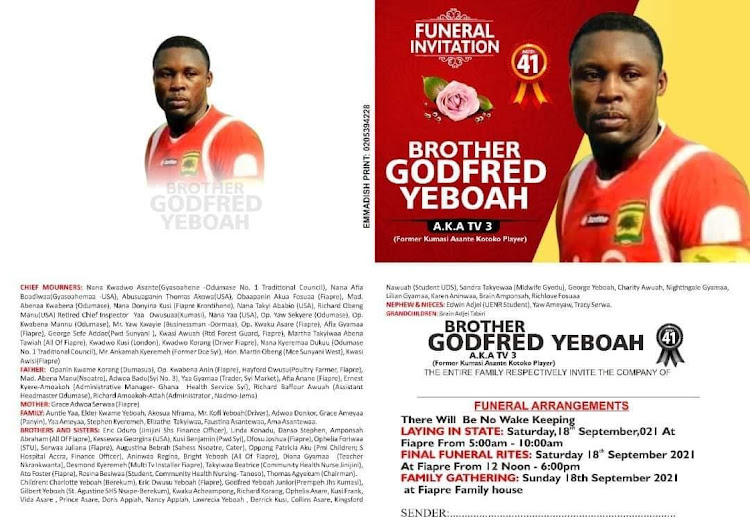 The burial ceremony was attended by masses who came to pay tribute to him.

The solemn ceremony took place on Saturday, September 18, 2021, at Fiapre in Sunyani of the Bono Region.

This follows his demise on Tuesday, August 3

He was buried in a soccer boot-shaped coffin draped in the white and red colours of football club Asante Kotoko, where he gained his popularity.

The shape of the coffin was an ode to his outstanding showmanship and display on the field of play.

The coffin also had the Ghana flag and Accra-based TV3 logo embossed on it.

His grave was also designed with ‘TV3’ sculptured on it. Check out the photos below. 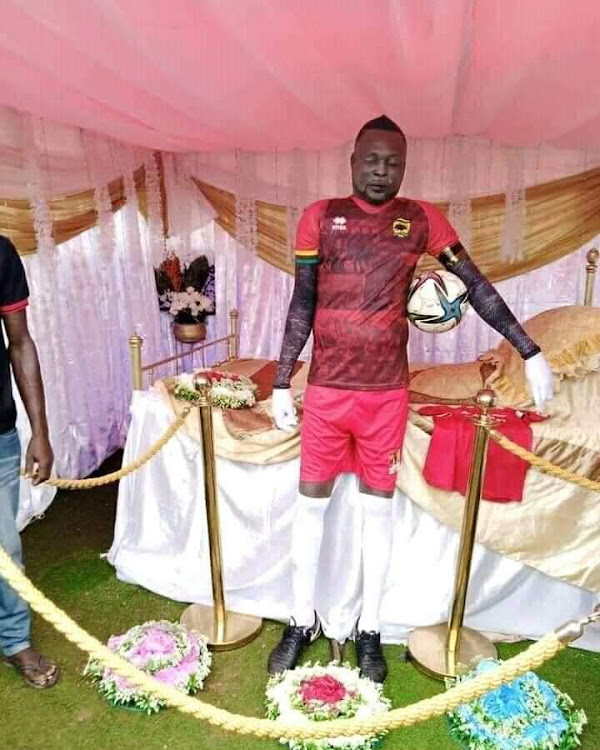 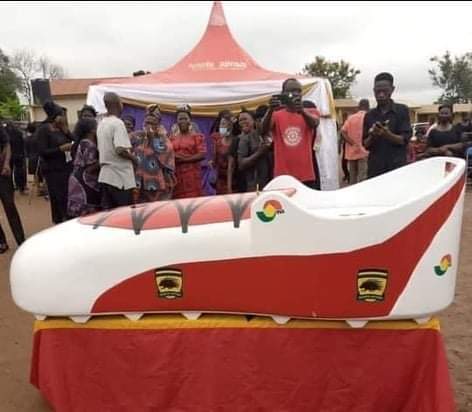 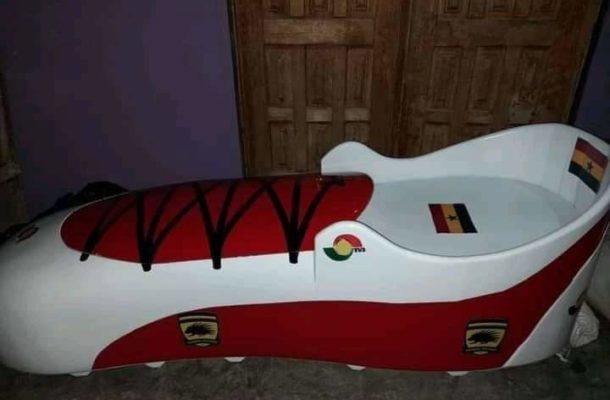 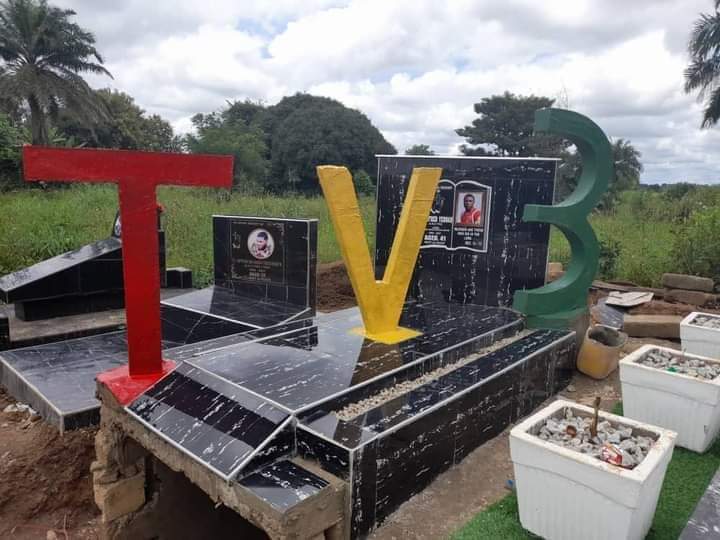 Before her death, Monica had bought her mum a Subaru Imprezza.
Crime
4 weeks ago