Brenda Jons narrates the tragic experience of dating a sponsor

•"He had a tracker on my phone. Anytime I was at a place I wasn't supposed to be he would call me. He started becoming overprotective and possessive."- Brenda Jons 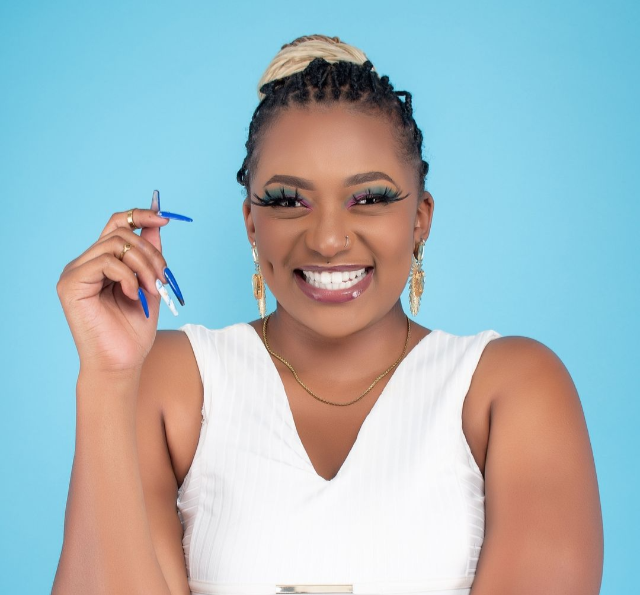 Kenyan You Tuber and content creator Brenda Jons met her benefactor when she was only 23. She was in a rocky place in life when she met him.

"I never thought I could have a sponsor, I used to see my college mates and I was like huh? In 2020 after I left the church I moved to a new place and was at a place of transition.

I was a frustrated Christian, questioning God. I met my sponsor through a person I was working with. We had taken photos with my then boss who later shared the photos on a WhatsApp group.

The sponsor saw them and told my boss he wanted me. "

'I struggled to conceive my son,' Anne Kansiime opens up

"The experience of having my first child has shown me to wait on God." - Kansiime
Lifestyle
3 days ago

Unknown to Brenda her the sponsor and her boss were colluding so that she could end up with him (sponsor).

"One time my boss requested me to accompany him to an event only for us to go and meet my sponsor there. My boss would leave me a lot with the 'sponsor' and I would look at him and be like he is not my type.

He just said have. The next week I got a surprise to go to Elementaita and I learned later that the sponsor had paid for it. I even had like 50K to spend. I tagged my friend along and we spent three days. Everything had been paid for.

I would get random Mpesa messages, finally, we met and he told me he wanted to date me. I was like 'Who would not like to seat at home and get everything paid for?' I told him yes."

Despite the random gifts, Brenda says the sex was pathetic. She however stayed as she got whatever she wanted.

"There was no intimacy, it was so bad I am even embarrassed.

The guy moved me to a bigger house. I house hunted and found an office for my shooting equipment. That was within a period of two months. I would receive flowers and he would even give me this driver to drive me around."

Brenda added with time her sponsor became too obsessive it became dangerous.

"He had a tracker on my phone. Anytime I was at a place I wasn't supposed to be he would call me. He started becoming overprotective and possessive.

He even brought a ring into the picture. We were to live as husband and wife. He told me to stop doing art and be a stay at home wife, that anytime he wanted dinner I must be home to serve him.

He said I was exposing myself to other men by being an artist. There was a day I was in Kilimani when the driver called me and told me 'niko hapa chini, the boss has said uende home ama akukujie.'"

Vera advises women on how to test deadbeats

"Test him one day call him or meet him and tell him you are pregnant (when you are not) just to see his reaction, trust me you would be shocked." - ...
Lifestyle
3 days ago

Brenda added that at some point she got tired of his behaviour and broke up with him.

"I was only 23 and was not ready to be anyone's wife. I was not ready to spend all my life toiling for him yet all he did is play gold. During a public holiday, I went out and got so drunk and I blacked out. He called and I couldn't pick, he said I was with another man.

He told me he had planned to take me on a getaway to Malaysia for my birthday and he was to buy me a car. Given that I had broken up with him, I had lost everything. I moved on and decided I was not ready to lose my life over such things. The deal was too good to be real.

I do not even know why I was with him, after all, I was making my own cash. Maybe I was just experimenting what It's like to date a sponsor."

To which, a scuffle ensued where Bahati shoved Ringtone and grabbed the mic.
Entertainment
3 days ago