• Grand P was born with a rare genetic disease called progeria, which causes premature aging that starts at birth. 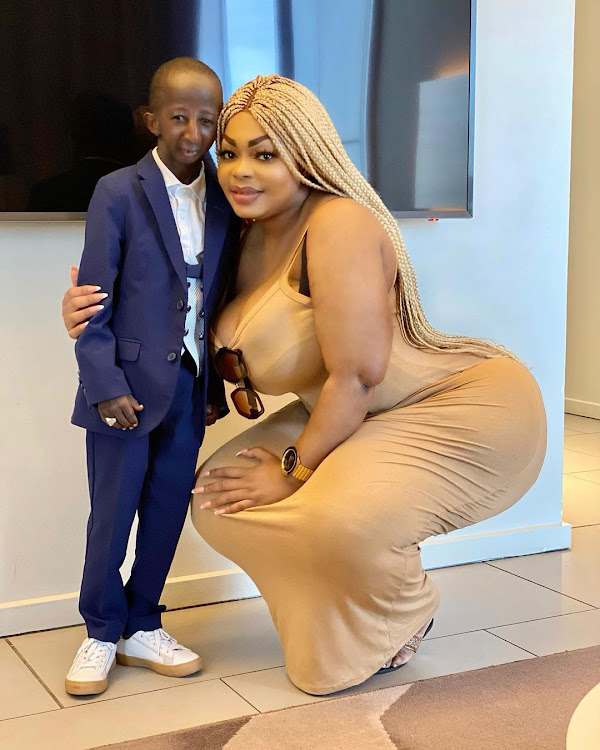 Mwalimu King'ang'i has advised Grand P to be very careful lest he ends up being 'suffocated' by his bae Eudoxie Yao.

The two have been dating since 2019. To many what is most memorable is their physical appearance.

Eudoxie is a plus size with a very big bosom and derriere, while Grand P is very skinny and very short.

Grand P was born with a rare genetic disease called progeria, which causes premature aging that starts at birth. The condition limits a person's height to barely two feet and a certain weight.

In a hilarious video, King'ang'i says this is the year of speaking the truth.

He is a very rich man but ni kafupi.

"I hope my boyfriend's ex can forgive me," Mungai Eve confesses

Have you ever watched your crush date someone else?Kenyan You Tuber Mungai Eve has revealed that when she met her current boyfriend Trevor, he was ...
Entertainment
2 weeks ago

To which Maina Kageni responded,

"That kasmall kaguy amekaliwa na mama mnonoo. She has the biggest behind you have ever seen."

Listen to the entire audio below