If slavery was defeated, will closeted chauvinism ever fall?

• If 'indecent' dressing abhors you, there's always more fish in the sea. 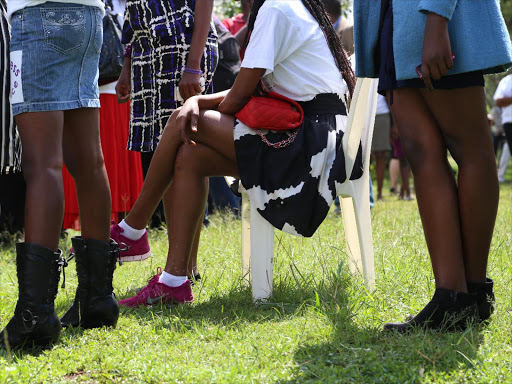 Ladies at a party
Image: FILE

Kenyans are far from liberation and letting women wear whatever it is that makes them happy.

Why is it not okay for women to dress in whatever makes them happy? Could be that tiny little dress or skirt that serves legs.

But when it comes to the next door Njeri, that's where people draw the line and say 'she's not wife material.'

KOT recently went berserk with mixed reactions after a photo of a well-endowed woman went viral at some popular club.

People were quick to make conclusions and assumptions in this 21st century.

@gitz - "I feel sorry for the man that will marry her."

@muthonimaryanne - "Stop judging people from how they dress."

@bakedvisionary - "Bro, by all means, marry one in a turban. You will realize dressing na personality are two very different things."

@evanssixtey - "So a brother will still have to come up with the budget for bride price and stuff?"

What is wife material in every context? Do we judge people based on their dressing?

What does this institution require? And most importantly you have the freedom of choice.

The choice to be with whomever, if 'indecent' dressing abhors you, there's always more fish in the sea.

Trevor tried to salvage the relationship, but it was all in vain.
Exclusives
3 weeks ago