My son should not be judged because of me - Bishop Muriithi 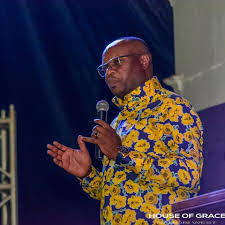 Bishop David Muriithi spoke about raising his children to live their life as they chose.

Speaking about his son who is in his 20's, Muriithi told Dr Kingori of the Wicked Edition that he doesn't expect his son to live like a preacher.

In an interview done a while back, Murithii explained, "Even if my son did (something crazy), my son is not the preacher, he was not called. He has a life, I'm the one who is called. He is not a pastor, I'm the pastor, he should not be judged because of me. He should grow up like any other child, and do everything every other child should do."

He added, "That is what I even tell my church. My son I think has done everything, by the way, he has had rastas, earrings he has done it all but it is him. I don't want him to miss a stage because of my calling. He cannot carry my cross."

Asked how it is that as a Bishop he can influence masses but not his son.

Murithii explained, "I don't think he is not following, he is, it is just that he is growing he is a kid, he will be saved by Jesus not me. It is Jesus who saves, I preach and teach."

DCI Detectives from Bondo in Siaya county are probing the mysterious death of a priest in the area.
Exclusives
1 month ago