In the name of God: The most evil things preachers have done to congregants

• What many congregants believe, is that the man of God is always right, hence refuse to call them out whenever they do a thing that is humanly and legally wrong. 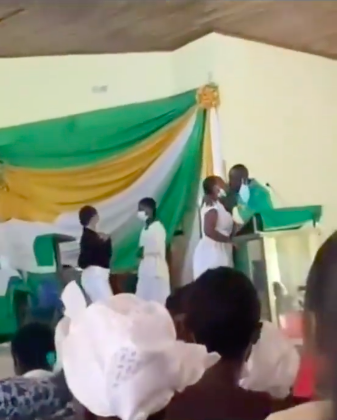 Religion has remained to be one of the most sensitive topic that one can discuss.

It appears to be an abomination to talk ill of religion, and especially the men and women of the cloth.

However, it is no doubt that most preachers have identified weaknesses in their congregants, and use this to mistreat them.

What innocent congregants believe, is that the man of God is always right, hence refuse to call them out whenever they do a thing that is humanly and legally wrong.

Recently, a video of a priest kissing female students at a Ghanian church went viral, spiking a lot of anger from the public.

We have seen many other incidences of disrespect from the clergy, in the name of blessing/ exorcising demons from believers.

Some of the evilest things we have seen are;

Cases of sexual abuse in the church is not a new thing.

Years ago, a Kenyan preacher was prosecuted for defiling children who used to go to his residence for church teachings and night vigil, popularly known as Kesha.

Many parents easily trust the clergy, hence leave their children to spend time in the church, unsupervised.

Years ago, a video of a preacher beating his congregants went viral on social media platforms.

Lined up towards the altar, the congregants walked towards the preacher, receiving thorough beatings.

This is a case of physical assault that Christians condone in the name of submission to clergymen.

There is also a case of a barren woman being asked to remove her innerwear in church, with the preacher promising to redeem her from barrenness.

This is a case of sexual harassment that is easily condoned in the church; all in the name of God.

Feeding on snakes and taking bleach

There was once a case of a preacher who held a snake, putting it in the mouth of a congregant.

Another one was caught on camera, sprinkling bleaching soap in the mouth of a congregant.

This, some men/ women of cloth do without considering that it can poison congregants and even lead to death.

In the video, the priest is seen calling three ladies standing at the podium kissing, them one by one.
Entertainment
5 months ago

Despite the fact that worship is a right to everyone, it should not outshine fundamental human rights.