•" I started feeling like a loser who wasted so much of his time going to the show." - Melvin Alusa 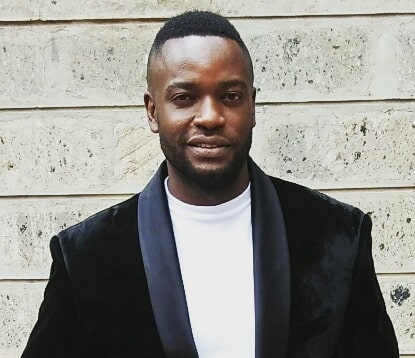 Ex-Big Brother Africa participant Melvin Alusa says being on the show gave him a lifetime opportunity to prosper but it also almost ruined him.

In an interview with Robert Burale, Alusa who is brother to Bien of Sauti Sol shared,

"I was an actor at the time so I got into the show just to have fun and win some money.

When you get to South Africa, you hand over any electronic devices to your chaperone.

There are about seven days you are just in a hotel room doing nothing, just waiting to get to the room. We were just being moved around Johannesburg."

He said at some point, he felt like quitting.

"By the time I got into the house, I was fat and looked tired. Things were also made hard by the fact that I was among the oldest members.

And everything we did was being recorded"

"There is no obituary that says that her lashes were good or that she had a flat tummy, utagongwa na lorry huko ukikimbia upate flat tummy." - Jalango
Lifestyle
1 month ago

Following his eviction from the BBA House, Alusa said he was subjected to cyberbullying for being in disagreement with Nigerian contestants.

"Going on social media and seeing Nigerians insulting me day in day out got to me. I started feeling like a loser who wasted so much of his time going to the show.

At the time, I thought leaving the show there was going to be plenty of opportunities, and the notion people had about being in an international show, 'You have money."

Alusa said his wife helped him get through the negativity from social media users.

"She was the strongest one and for me to go to the house and seeing her support for me trying the opportunity meant a lot.