Piece by: KNA by Dishon Amanya 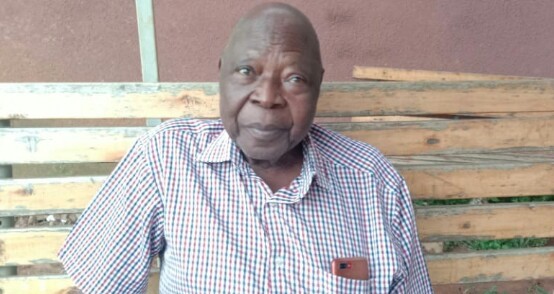 Mukhamule who vied for the gubernatorial seat in Bungoma County in 2013 and lost was until his death a member of the Bungoma Municipality board.

He was involved in an accident two weeks ago at Mabanga Shopping Centre in Bungoma-Webuye highway as he tried to avoid a head-on collision with a trailer before his vehicle lost control and rolled several times landing in a ditch.

He was rushed to Bungoma West Hospital in Kanduyi Market before being transferred to Eldoret’s St Lukes hospital for specialized treatment.

After his retirement, he ventured into business and farming before trying his hand in politics. In 2013 he vied for the position of the governor but was trounced by the former Bungoma County Governor Kenneth Lusaka.

Bungoma Governor Wycliffe Wangamati eulogized Mzee Walinywa as being “many things in one. He was the consummate communicator, the free-speaking diplomat, an accomplished businessman and a political animal body, soul and spirit.

“Mzee Walinywa served this country in many senior capacities including working as a broadcaster, information officer at the US Embassy in the US and Communications Director at Kenya Airways at a time it was a rarity to find one of us in such distinguished positions,” he mourned.

“We have lost a man full of wisdom, a gentleman given to serving his community and a dreamer who believed in the power of industry,” said governor Wangamati.

Catherine Prengei was inconsolable after she viewed the body of her husband, senator Victor Prengei.
Politics
4 weeks ago