Former women Representative Zainab Chidzuga has been laid to rest at her home in Ziwani Golini, Matuga sub-county.

She was buried in accordance with the Muslim tradition.

Her body was airlifted from Wilson Airport in Nairobi to Diani and transported to the burial place.

The burial ceremony was conducted in line with the public health protocol.

Politics was highly discouraged at the event by the family member. 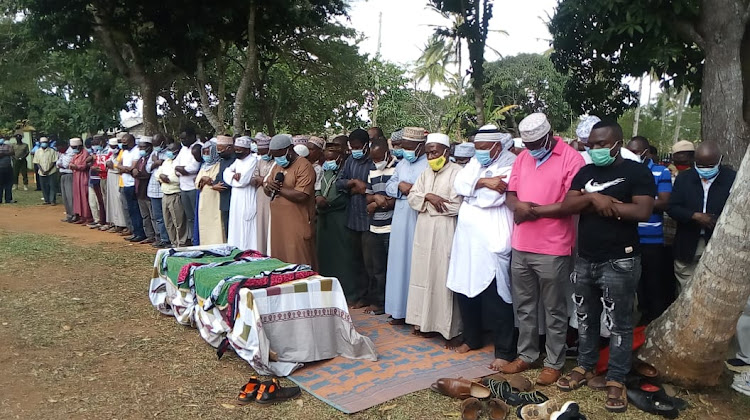 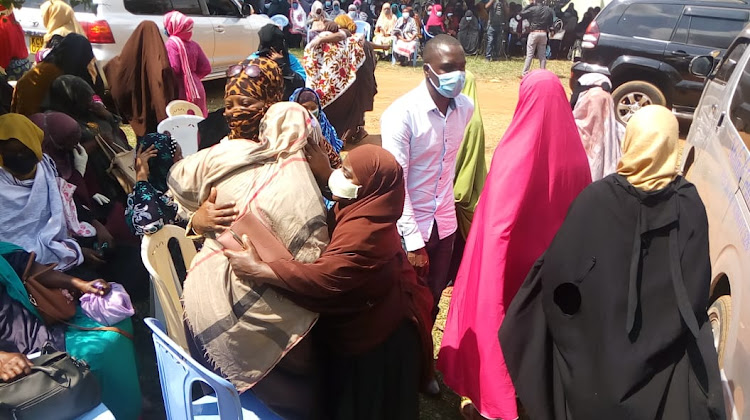 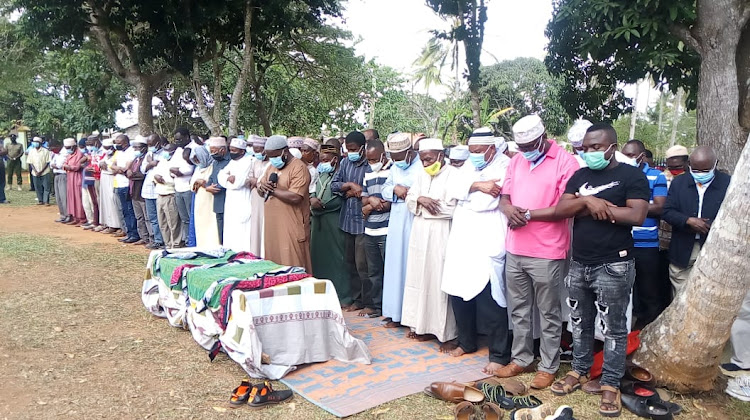 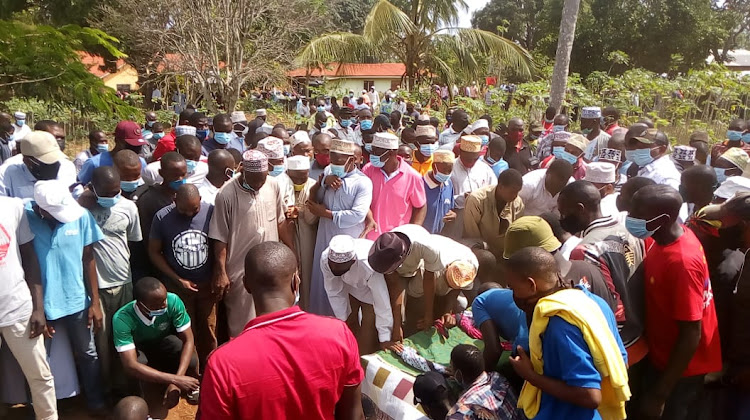 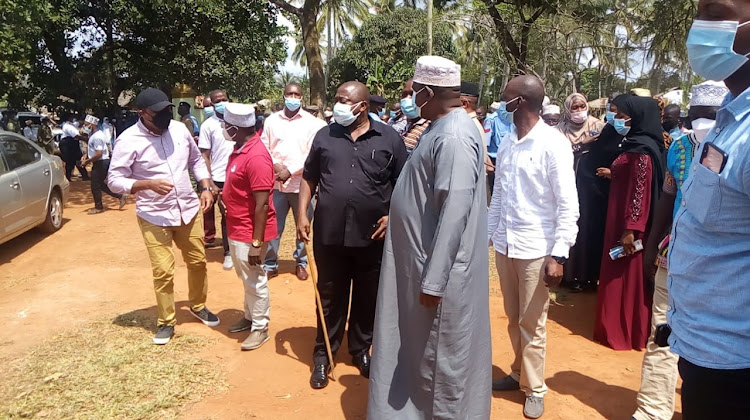 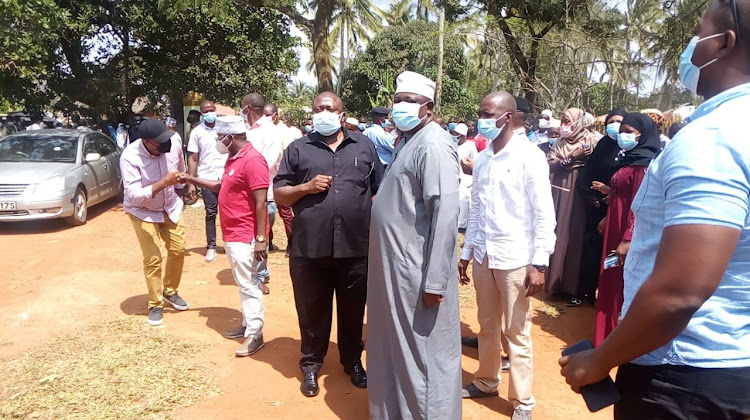 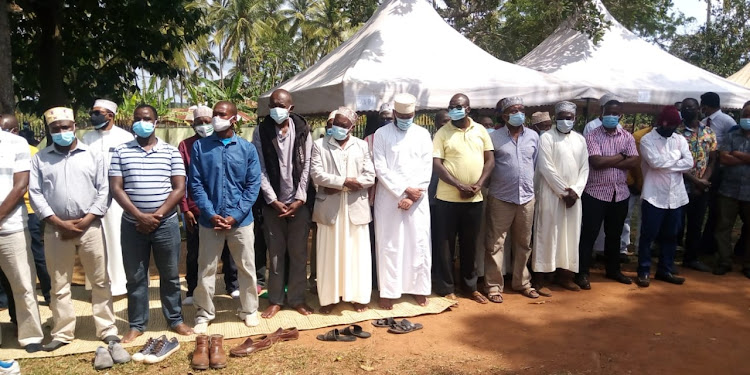 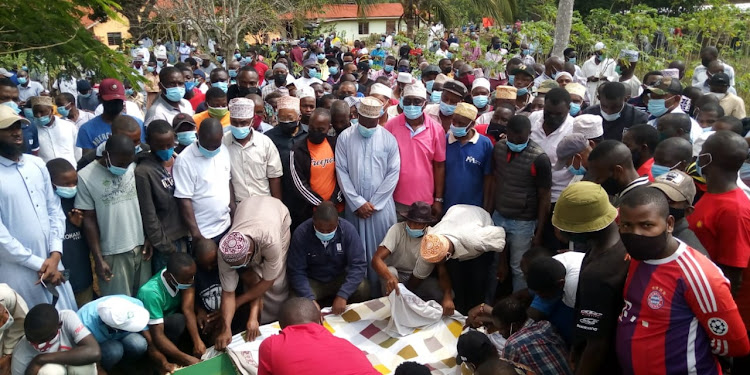 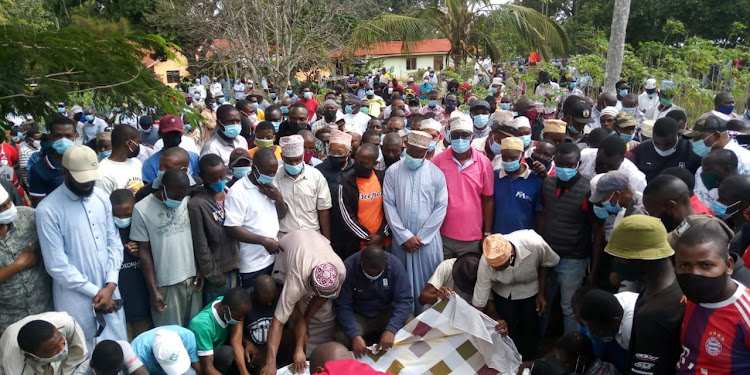 She had been receiving treatment at Reliance Hospital in South C Nairobi before she died.

Somber mood and sorrow engulfed both national and local leaders who paid last tribute to her.

The leaders eulogized her as courageous, peacemaker and great leader who championed women leadership and development

On Thursday president Uhuru Kenyatta described Chidzuga as a steadfast leader and astute grassroots mobilizer who helped uplift the welfare of women in Kwale and across the country.

“Mama Zainab Chidzuga was a passionate advocate of women empowerment whose many achievements as an activist, legislator and mentor will continue shaping the gender agenda in our country for generations,” he said.

He also described her as a role model to many women across the country.

Deputy president William Ruto said the country lost a progressive and steadfast leader who was a champion of women empowerment.

Both Uhuru and Ruto prayed for God’s comfort as the family comes to terms with her death.

County leaders led by Governor Salim Mvurya remembered her as an icon to the Kwale community and a strong woman who championed women leadership and development.

Chidzuga was the director of the National Irrigation Board.

The legislator also served as a chairperson for Kwale District MYWO.

She died as a strong supporter of the Jubilee party.

Chidzuga worked as a member of the Coast Water Services Board, and the Kwale Health Management Board.

She was to vie for the Women Rep position in 2022.

Chidzuga died at the age of 65 and left seven children behind.

She is the mother of former news anchor Mwanaisha Chidzuga.

In 2019, Kwale lost NLC vice chairperson Fatuma Tabwara who collapsed at a relative's wedding and died due to heart complications.