•"They all had dreadlocks and had serious injuries on the head inflicted using blunt objects." - Isinya sub-county police commander Charles Chepkong’a 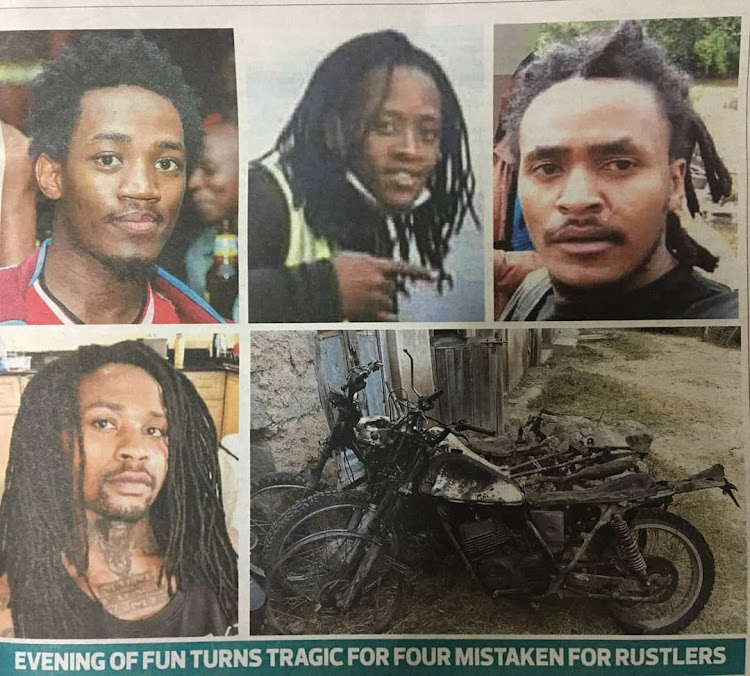 Comedian Njugush has criticized the murders of four cousins in Isinya, Kajiado after they were allegedly mistaken for cattle rustlers.

Their murder came barely two weeks after two brothers were killed in Embu.

Through her social media, Njugush penned,

Men have hit billionaire status with dreadlocks. The likes of celebrated rapper Jay-z.
Lifestyle
1 month ago

Of the four young men murdered two of them were identified as brothers whose names were given as Freddie Wanjiru, 30, and 25-year-old Victor Wanjiru.

It's claimed that the four were on three Bodabodas and that they were said to allegedly have been on a mission to steal sheep and goats in a homestead in Enkamuriaki Village, Kajiado.

A herdsboy allegedly spotted their motorcycles parked in a bush near the homestead at 11 pm and raised an alarm.

The four claimed to have come from Mlolongo but couldn’t explain what they were doing there at night prompting the residents to lynch them.

Speaking on the incident Isinya sub-county police commander Charles Chepkong’a said, “We were informed about the incident at around 1 am and we went to the scene and found the four had already been killed,”.

They all had dreadlocks and had serious injuries on the head inflicted using blunt objects.

investigations into the incident had commenced and detectives are pursuing those responsible.Chepkong’a said

According to his family members, the deceased passed on while undergoing treatment at the Jaramogi Oginga Odinga Teaching and Referral Hospital.
Entertainment
1 month ago