Celebs who have had botox and liposuction surgeries 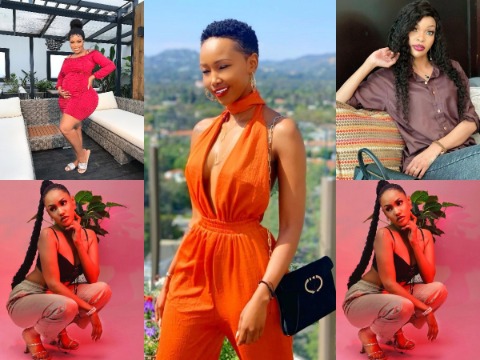 Getting a botox and going through liposuction seems to be the latest trend.

The big question is how safe is it?

Tanasha Donna is the latest celebrity to go through botox surgery to enhance her curves.

Two years ago, Tanasha Donna went on her social media and announced that she would like to change a lot about her body.

Now, she seems to have actualized that dream, She shared a video on her Instagram showing off her derriere and hips that are a size or two bigger than her normal size.

Adding, "Actually, I’m thinking of getting a surgery done next year but no Silicon but I will do fat transfer and I’m gon’ be quite open about it and honest. As at the end of the day I believe what is important is who you are deep down and inside (sic),” she said.

Storm DwarChild lifeless and bloody body was discovered by a passerby at Sunrise Estate in Bungoma town just a few metres from his apartment on ...
Crime
1 month ago

Risper Faith is also another celebrity who went through liposuction to get rid of her tummy after she delivered her son via CS.

According to the mother of one, she spent a whopping Ksh 450K to get back a flat tummy.

Socialite Huddah Monroe has revealed that she did a boob job to please a man.

The socialite claims she ‘regrets’ going under the knife because the man who made her do it left her.

In 2017, Huddah went for corrective surgery in Beverly Hills after the first one went wrong. After a successful surgery, she posted a photo with one of the doctors who did the job.

"Got complications from a previous cosmetic surgery I had (a story for another day) and I am pleased with my Doctors who have done an incredible job on me.

I can’t be more thankful! I could’ve died but I’m well now," she wrote.

Vera Sidika has also never been shy to admit that she has done surgery.

Her breast surgery which included silicone implants cost her an eye-watering Sh2 million in Beverly Hills in the United States of America a few years ago.

Justifying her quest to have the surgery, Vera disclosed that she went for the implants to make her body proportional because she used to be thick with a flat chest.

I used to be thick but not proportional, so I just decided to be proportional and added my boobs. On the upside, I don't have to wear bras anymore.

Former Miss Tanzania Wema Sepetu also went through a gastric bypass surgery to help lose her weight which had shot to more than 100kgs.

The surgery ensures that she maintains a petite body size by eating right and exercise.

Speaking about what she looked forward to after the surgery, Wema shared:

‘I see a new Wema, I see myself going international. I have not been very confident before the camera. I do not like the person I am before the camera, I see new projects coming my way. I was 50 kgs but now I am 106KGS, what have I been eating?

Diamond Platnumz also warned artistes to stop putting on fake chains because they risk getting cancer.
Entertainment
1 month ago

Would you go through a botox or liposuction to modify your body?