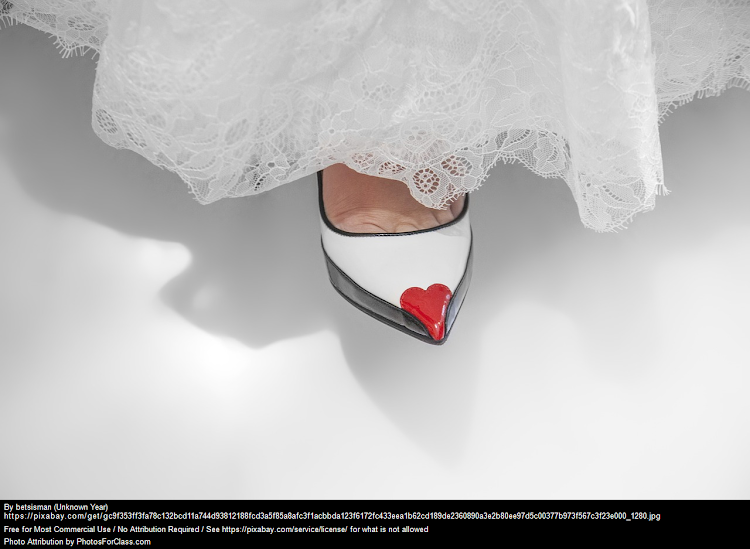 Wedding dress with a red love heart spot on shoe

Six people have been arrested in Ethiopia in connection with the death of a bridegroom - including his widow.

Gemechis Mosisa was found dead days after his wedding in the town of Nekemte in western Ethiopia.

The 28-year-old nurse posted a "just-wedded" message on Facebook on Saturday and the following morning posted pictures of the ceremony.

‘‘Gemechis married in the church, and the wedding ceremony was beautiful,” his cousin Chala Inkosa told the BBC.

“The families are in pain after joy turned to tragedy."

The lady, only identified as Fatma blasted Brown Mauzo for engaging Vera Sidika and marrying her yet he hasn't terminated their marriage legally.
Exclusives
1 month ago

His family say he was last seen on Sunday when he left home – he had been expected later that day at a reception at his in-laws, but never showed up.

When he was reported missing by family and friends, police began searching for him - finding his body two days later in a small lake on the outskirts of the town.

His jacket was found hanging on a tree nearby.

A golden ring and his watch were also retrieved, said Misganu Wakgari, Nekemte’s head of security - adding that investigations were ongoing.

The groom was buried on Thursday, with many people on social media expressing sadness over the tragedy.

The autopsy also revealed that Philomena Njeri was not pregnant for a secret lover, as earlier reported.
Crime
1 month ago