'My sister was sold to an old man to help pay my school fees' - Reveals media mogul S.K Macharia

•"She did not go to school. She was sold to an old men when she was very young."- S.K Macharia 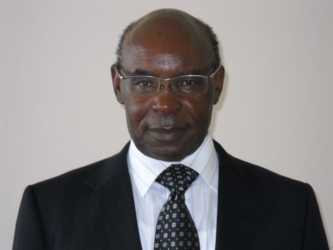 Royal media boss S.K Macharia has revealed his sister was sold to an old man who would in turn pay Macharia's school fees.

Macharia says her sister Njeri now blames him for the fact that she cannot understand English and has to rely on people to translate what is being said.

Speaking during an artistes event held at Ndakaini, Macharia shared:

"I want to tell you about my older sister Njeri. She did not go to school.

She was sold to an old man when she was very young. The man would in turn pay my primary school fees

DCI detectives unearthed his criminal past. Makhokha is the main suspect in a triple homicide involving his brother, his brother’s wife and their ...
Crime
4 months ago

Macharia who is among the wealthiest men in Kenya says his journey has not been easy.

"When I went to America, I left here by truck and it took me 9 months to get to New York. I went by bus and on foot," shared  Macharia