Piece by: From Mathews Ndanyi 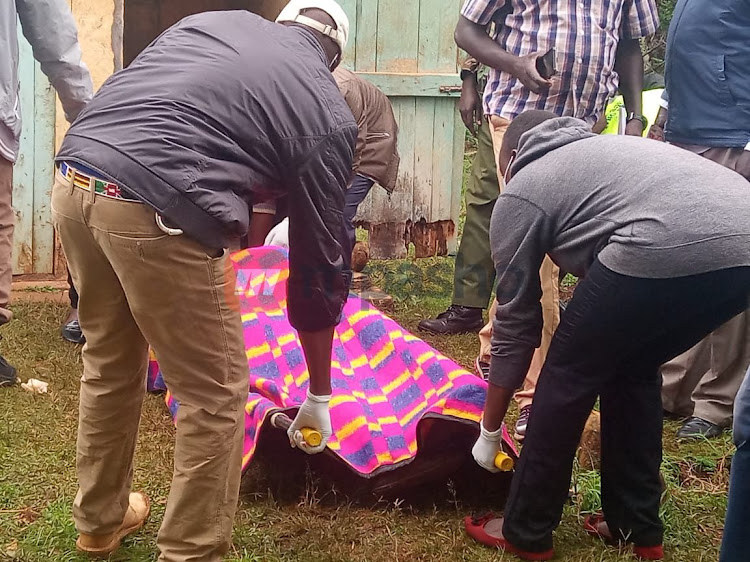 Forensic experts dust the scene of the crime. Caroline Kangogo was found with a gunshot wound to the head.
Image: Mathews Ndanyi

A postmortem on the body of police constable Caroline Kangogo has failed to take place in Iten due the absence of Chief Government Pathologist Dt Johansen Oduor.

The family of Kangogo along with homicide detectives waited for more than eight hours at the Iten county referral hospital but Dr Oduor did not arrive because he was notified late and could not travel.

Father to the officer Barnaba Kangogo was present but declined to confirm if the burial of his daughter would proceed tomorrow as had been planned.

Caroline allegedly shot herself dead in a bathroom at her parent's home at Ngawa village near Iten as she was being sought for killing two people including her colleague in Nakuru and a businessman.

However there were claims that the state in which the body was found pointed to the possibility that she may have been killed by other people.

I over took him and saw it is him, I took my hand out of the car and hit the side of the car and threw my hands at him. He followed me till Dennis ...
Crime
1 month ago