Ouch! I have to repeat the word again. That's all I can use to describe what Vera did to Otile Brown when they split up under dramatic circumstances a few years ago.

The two started dating in early 2018 when they were the in-thing for a few months before their relationship came crashing down from the ether like the Hindenberg. 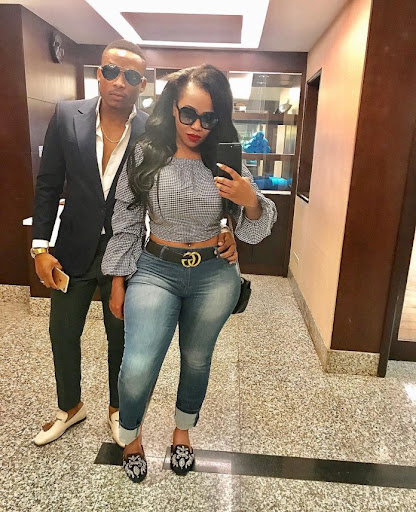 Otile Brown with Vera in the past Courtesy

And Otile came out worse for wear from the break-up as Vera went scorched earth on him, ridiculing his manhood, his skills in bed, and even his bank account.

To say that his reputation had taken a severe beating would be an understatement.

But it seems that as much as Otile tries to escape that period in his life, we(the media and some fans) will always remember it.

And today is such a day. Why? Vera. What did she do? Isn't she with a new man and pregnant to boot?

Yep, but when has that ever stopped Vera? The socialite decided to share a video on her Instastories of husband Brown Mauzo serenading her with a beautiful song.

The catch was that the song Brown chose was one that Otile Brown had written for(and to her) when they were dating!

Not only that, Vera was the featured video vixen in that song!

Is there nothing sacred anymore, I must ask? That Vera and her new husband are enjoying themselves in her final months of pregnancy, isn't in doubt?

But why do they have to poke Otile like that? And please don't tell me this is just innocent fun. Vera is too smart for that.

But will Otile care...Maybe, maybe not. Hasn't he moved on to his Ethipioan bae, Nabayet? Hmmm...Check out the disrespectful video below;