•She told a friend she was on her way back home (Mwihoko) only for her mutilated body to be found hours later. 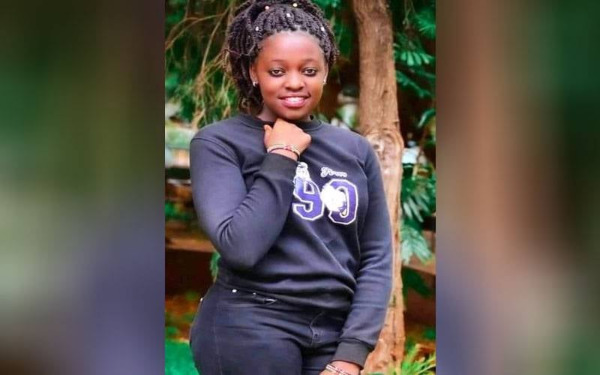 Ambani had been reported missing after she went to see an unidentified male friend on Monday 12th/07/2021.

It's then that she was kidnapped and ransom demands started being made to her family.

While talking to a friend Christine said she was on her way back home (Mwihoko) only for her mutilated body to be found hours later, the body was then taken to City Mortuary.

Speaking on the murder Christine's sister RuthAmbani said she became suspicious after she missed an exam.

"I had talked to her on Sunday, it raised an exam and it was a big thing. I went to where she lived in Githurai but she was not there."

I was like if I lost my brother he would never know how much I love him, so I wrote the song - Wahu
Entertainment
5 days ago

Unknown to the Ambani's their sister/daughter had already been killed even before the kidnappers started asking for 87,000. ransom

"I sent 5,000 to sow my commitment to sending the rest of the ransom and for them to sen proof of life (that she was still alive.)

The following day he told me to go to the mortuary as they did not want our money anymore."

Christine's throat had been slit.

The kidnappers had also sent a photo of Christine while still alive to the family.

She was still in the same clothes she was in before being murdered when her body was discovered at the CityMortuary.