The truth about S3x parties! Are they truly back? Mpasho investigates

If WhatsApp is a heavy part of your life, then you will most likely have encountered a poster doing the rounds advertising a s3x party that is supposed to take place today.

For those not in the know, the poster is below; 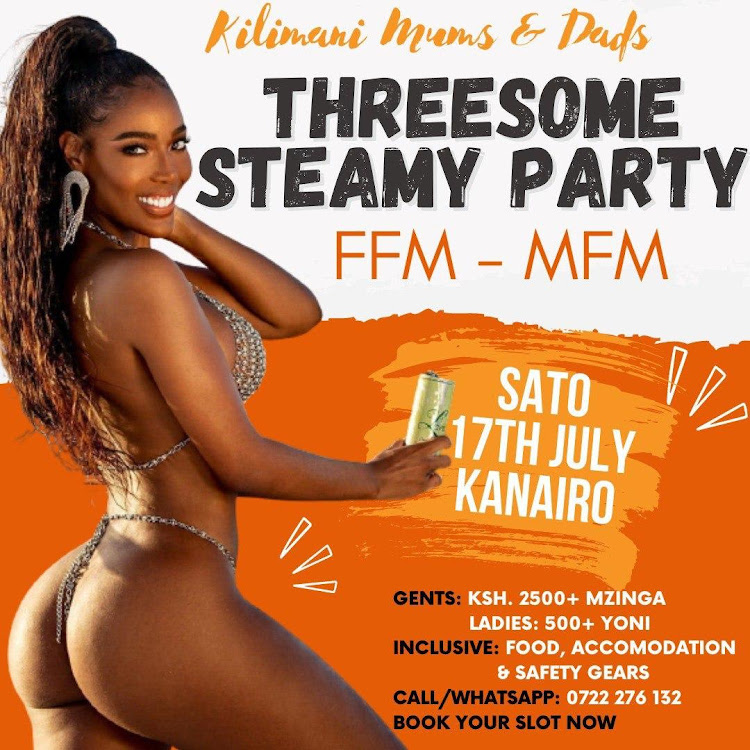 So was it legit? Was it a scheme to scam people out of their hard-earned money? Well, Mpasho got you covered. We called the number on the poster to prove whether the party was actually going down?

A woman answered the phone, responding to all the questions that we had. She confirmed that the party would indeed be taking place, adding that s3x would take place.

"Random s3x will take place with a girl of your choice. 3-some, 4-some, lesbian shows, group s3x and maybe even single, whatever, your choice."

And what about payment details? The well-spoken lady said, " You pay Sh 2500 plus a mzinga of your choice. You book your slot by paying Sh 1000 in advance. I will send you the pin location on WhatsApp afterwards and then you pay the balance at the entrance plus your mzinga."

Mpasho then inquired about whether a man could bring his woman along? "Yes, it is allowed but one has to pay the sh 500 entrance fee but you will pay Sh250 if you book beforehand."

Mpasho then asked which number we were to send the money to? The lady said that it was the number we had called and that she was the one doing the planning for the event.

Where would the event take place? The lady said that it would be taking place along Thika road.

Would people be required to leave before the curfew, we asked? The lady said that the event would go from 4 PM till dawn the next morning.

"It's a choice when one can leave. There is also ample parking, security and privacy provided," she assured Mpasho.

We then sent some money to the number and what we found is in the screenshots below; 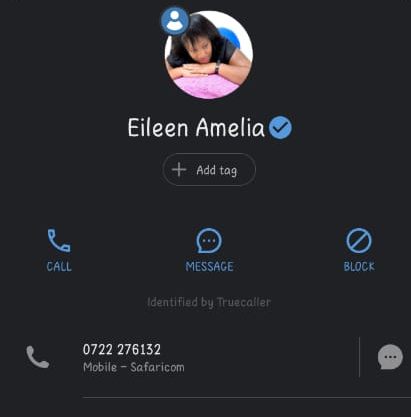 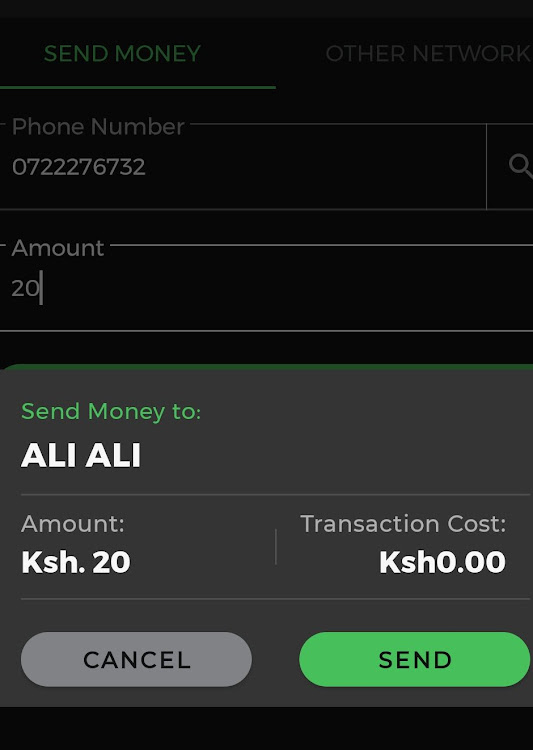 What one can see from the above screenshots is that the lady's phone number(according to Truecaller) and the name we get when we try to send money don't match up.

That is highly irregular and raises my eyebrows as to whether the party is actually legitimate. Why? 3 reasons come to mind;

Firstly, a smart buyer would be wary of sending money for a concept/product(the s3x party in this case) that he/she has never seen or been to.

Secondly, in a case like this proof of concept is important. Does the event-hosting company have testimonials to prove that they aren't scammers? Have successfully held an event like this in the past with satisfied customers?

Thirdly, s3x parties are very hidden and thrive in the world of esotericism. The ones that are prim and proper aren't broadcasted online. "If you know, you know," is the mantra for these types of things.

So, is this party legit? I leave that to you the reader...