Piece by: KNA by Barbra Okova 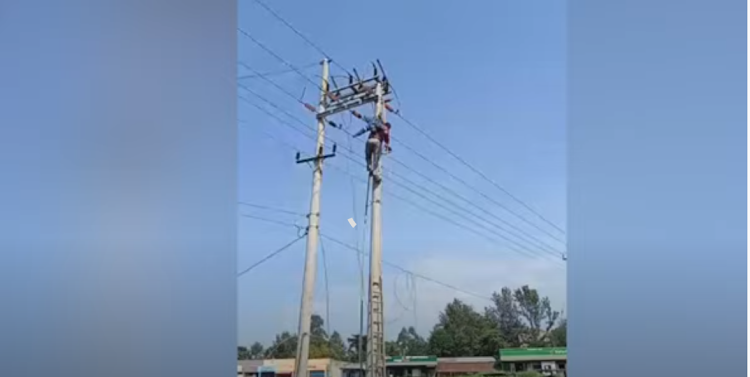 A middle-aged man in Webuye Wednesday risked his life to save a Kenya Power Company (KPC) employee who was electrocuted while doing routine maintenance.

The employee, George Odongo, was electrocuted at Mwananchi market in Webuye as he was doing some repairs on the mainline that is usually done routinely.

Quick action by a ‘Good Samaritan’ only referred to as Wangila, decided to save the man who kept whispering with a faint voice “nisaidie sijakufa" atop an electric pole.

Faced with scared KPC employees as well as onlookers, Wangila asked for climbers and immediately climbed up the pole and saved Odongo who was by then almost unconscious.

Odongo was rushed to Moi Teaching and Referral Hospital in Eldoret. He sustained burns on the hands and the stomach.

One of the residents, Machacha Majembe lauded Wangila for his bravery and urged KPC to reward him with a permanent job at the organization.

Photos of Raila Odinga's first house as a hustler

What catches the eye is the simba built by young Raila Odinga when he was just but a young hustler.
Politics
2 weeks ago