•I did not tell my mum I was pregnant, she learned the news via a friend.

• A friend helped me look for a house in Huruma. Terence just came with a mkokoteni dropped me and went. 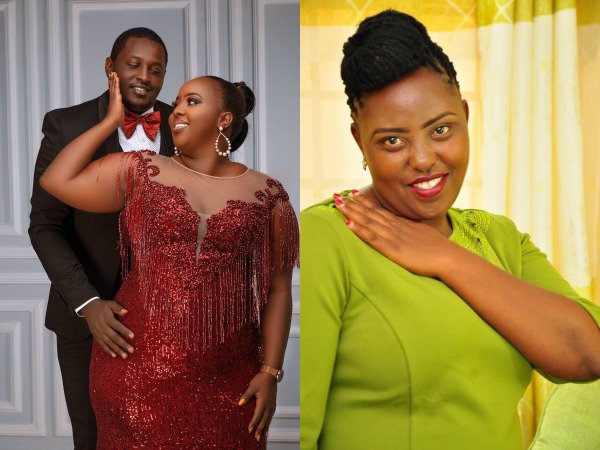 Njambi Waneta, ex-wife to Comedian and content creator Terence Creative has shared how she found out she was pregnant only for the comedian to 'disappear' for a while.

Speaking during a Mpasho Live session, Njamb shared insights on how their love journey began.

''While at Muli's Children's home Terence would tell me that I would be the mother to his kids but I never took it seriously. In 2007 when the post elections fights were going on is when I discovered that I was expectant without my first daughter, I was only 19.

I had told my mum that I was taking precautions so when I found out I was pregnant I never told her, she found out while I was expectant at five months. I did not tell my mum I was pregnant, she learned the news via a friend,'' she narrated.

Njambi decided to take responsibility and started saving up.

''I started plaiting people's hair and saved up the cash I got and bought baby stuff. When my mum discovered I was pregnant I ran away leaving the clothes behind, I only came back for them later.

At the time the young couple did not have a house hence they moved from one place to another.

''We used to Live in Dagoretti and he lived at Mlango Kubwa. We did not have a house.''

'When I told him he was fo the idea. We started living in Mlango Kubwa, we never had a permanent place to live.

But at some point, Terence used to drink so much and would be nowhere to be found. His brother who lived in Mombasa came to see me and gave me 3K and asked me to do something for myself."

But later on, Terence became sly with taking his responsibilities

A friend helped me look for a house in Huruma. Terence just came with a mkokoteni dropped me and went. He came back three weeks after leaving me. One day he came very drunk and said that he was as ready to take up responsibility for the pregnancy.''Njambi shared

The ex couple has two daugters.