• Vasectomy does not in any way affect the sexual performance of a man, nor does it damage their organs.

• The contraceptive is a gel applied on the right shoulder, and works by suppression of sperms to the level where they can't fertilise an egg. 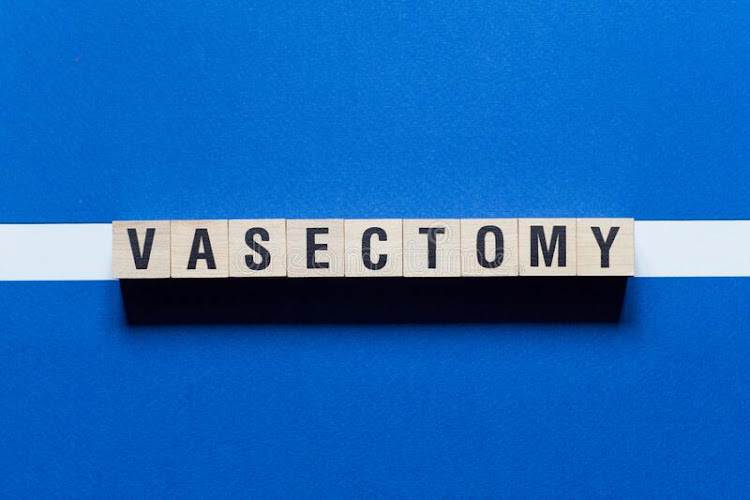 For a long time, the burden of family planning has been left to women.

When it comes to preventing pregnancy, a big percentage of men are unconcerned about the type of contraceptive that women use, and what effects it may have on them.

The furthest that many men have gone in birth controlling is the use of condoms.

Come on men, you can embrace other birth control methods too.

On Tuesday, social media was abuzz after it emerged that Media personality Nick Ndenda had undergone a vasectomy.

From the look at the comments online, it was men who faulted Nick for having a vasectomy, accusing him of having a weaker frame.

The statistics on men having vasectomies is rising. But these men have been a subject for criticism from their own gender mates.

More men should embrace this procedure since it is a non-hormonal one and has no side effects.

Vasectomy does not in any way affect the sexual performance of a man, nor does it damage their organs.

So, stop freaking out about having that surgery.

DJ Moz revealed that he chose to have the procedure after his wife developed complications with birth control methods.
Entertainment
1 year ago

Other than these procedures, there are also contraceptives that are meant to be used by me.

Other than leaving your girlfriend/wife to suffer the hormonal changes that are brought about by the use of contraceptives, why not do it yourself?

The good news is that you do not have to swallow a pill everyday. Instead, there is a contraceptive that comes in the form of a gel.

The contraceptive is a gel applied on the right shoulder, and works by suppression of sperms to the level where they can't fertilise an egg.

Nick Ndeda clears the air on why he had a vasectomy

Many have termed Nick Ndeda as a 'simp' who sacrificed a lot for Muthoni, only for their relationship to last for 7 years.
Entertainment
1 year ago