DCI detectives pounce on a male thug dressed like a woman 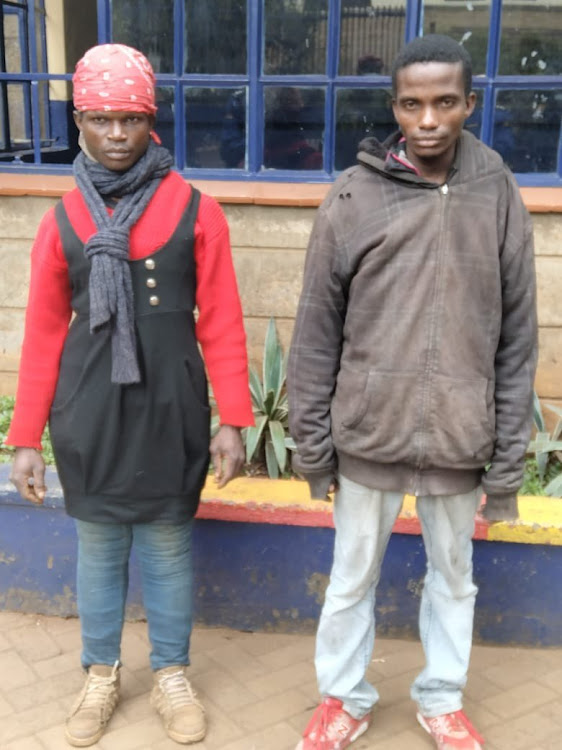 Officers from the Directorate of Criminal Investigations yesterday pounced on two criminals who have been robbing joggers along Langata Road and Mbagathi way.

Peter Omweno Momanyi, aged 24 was dressed in a red shirt, black top-dress, blue jeans, and red headscarf in order to appear like a woman.

He was arrested alongside John Muchiri Kimani, as they prepared to commit a felony in Langata.

An officer from Langata came across the two and noticed something strange with the appearance of the 'woman', he stopped them, but they defied the order.

"He turned back and ordered them to stop but they defied the orders and took to their heels. Unbeknownst to the thugs, they had just encountered the lanky, young crime busters based at Langata Police Station, whose speed and proficiency in chasing after thugs is unsurpassed," read a report from the DCI.

After the chase, the officer pounced on them and ransacked them.

"The two were arrested a few meters past the Mbagathi bridge, and crude weapons recovered from them. Momanyi was found in possession of a knife and a chain, carefully concealed on his waist."

The two men are said to be notorious gangsters who attack joggers along the road early in the morning and late in the evening.