'Wanakasirika nini!' Omosh responds to Jalang'o after he exposed him

• Omosh has said that he had many accrued debts that he settled using the contributions, and currently he is broke again. 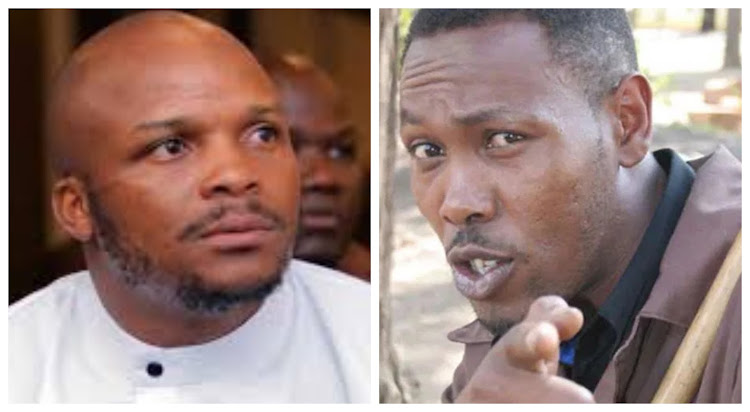 Tahidi High actor Omosh has been on the chopping board of Kenyans after a second appeal for help on Friday morning.

In February 2021, Omosh appealed for help from Kenyans after failing to pay house rent, school fees for his children and providing for his two wives.

Led by Kiss 100 presenter Felix Odiwuor aka Jalang'o, individuals and corporate companies came out in numbers to support Omosh.

However, months later Omosh has come out to say that he is broke, once more appealing for help from Kenyans.

This sparked uproar, with Jalang'o accusing Omosh of being ungrateful.

But in his defence, Omosh has said that he had many accrued debts that he settled using the contributions, and currently he is broke again.

Speaking to Milele FM, Omosh opined that only a good job can help him, and not monetary contributions.

"There are many holes I was filling and not all who promised me money fulfilled the promise, for some it was just PR. I had rent arrears amounting to 1 year and a half, I had so much debt.

Even if you give me money, it will be over at some point. But a job can sustain me, my problem is getting a job. I can't account for how much money I received. Right now am remaining with a small amount, less than 100k. My responsibilities are big, two wives, children at school," said Omosh.

On the backlash he is receiving, Omosh responded;

"Wanakasirika ya nini? I don't lie, am a Christian, and I am faithful to my religion. He should not be mad at me, no need. I had many loopholes to fill with that money. He shouldn't be mad, above all I am thankful."

According to the actor, he has been getting job offers for places like Garissa, Kericho, Maralal... but has not considered them because his family is in Nairobi.