Asked if he is planning to, he said, 'This one is mine, trust me'

Asked if he is planning to, he said, 'This one is mine, trust me' 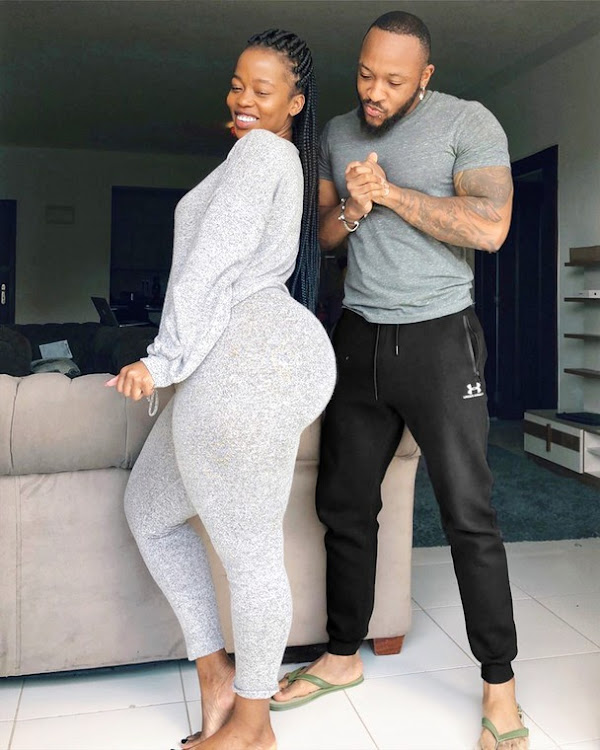 Lawyer Corazon Kwamboka and fitness instructor Frankie Just Gym it are not married.

Speaking to Word Is on Thursday at the launch of the Baze platform powered by Safaricom, Corazon said she is enjoying getting to know Frankie and being parents.

"I hope he proposes one day. But I'm not really looking forward to it. I'm taking one day at a time, if it happens and it's the right time, I will say yes," she said.

"Right now I'm just enjoying getting to know him and being parents."

When asked about proposing to Corazon, Frankie said, "This one is mine. Trust me."

Corazon further added that Frankie is the best father of her child.

"I made the best choice having him as the father of my baby because he has helped me from day one. I was so clueless but he had some experience, so he was really helpful. He is a great dad," she said.

Corazon and Frankie are raising a son together.

We are not married, Frankie and Corazon Kwamboka gush on engagement

We are not married, Frankie and Corazon Kwamboka gush on engagement
Exclusives
2 weeks ago

Speaking about post-partum depression, Corazon said she realised she will never be perfect as a mum and has accepted that as a first mum, she will tend to make mistakes.

"I will never have everything figured out. It was my first time having a baby and it put a lot of pressure on me. But once I accepted that sometimes I will make mistakes, and that it might not be exciting like I thought it would be, it slipped away. I talked to my mum and Frankie’s mum."

She described motherhood as an amazing journey.

"It was hard at first but right now I really want to rush home to my baby. It is the most amazing thing, the best thing that happened to me and I want more," she said.

Before hooking up with Corazon, Frankie and YouTuber Maureen Waititu enjoyed a five-year relationship that saw them bear two boys.

The couple even came up with a thriving YouTube channel ‘Alphabeta’, which saw fans refer to them as the ‘YouTuber couple’.

Speaking on their break-up, Frankie said they had differences that saw them separate.