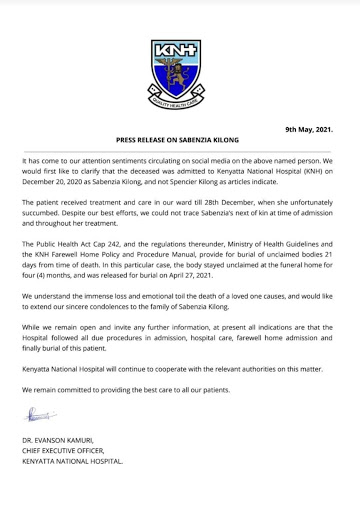 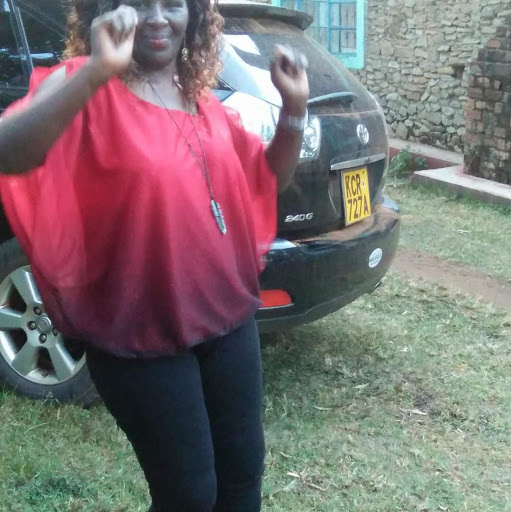 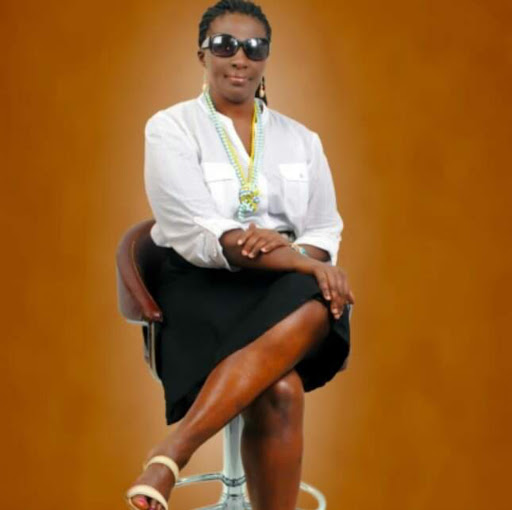 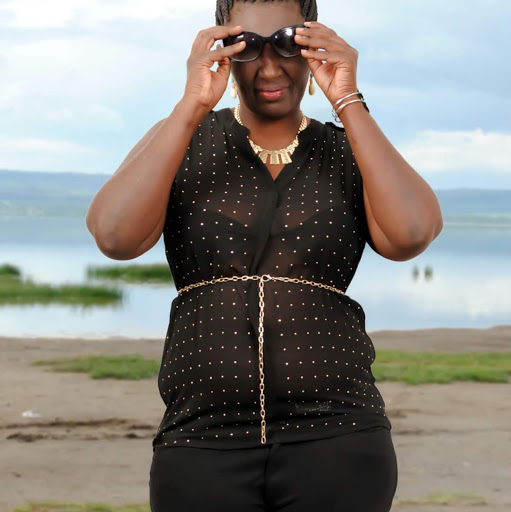 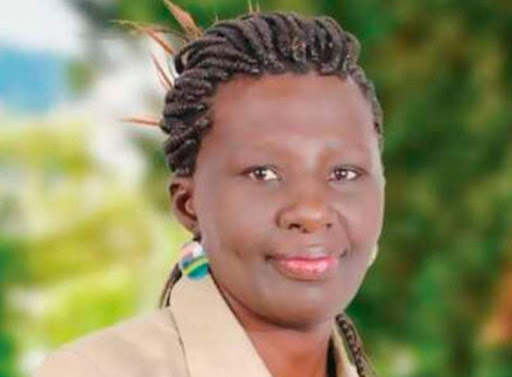 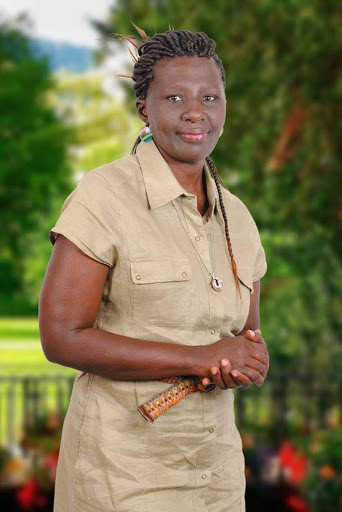 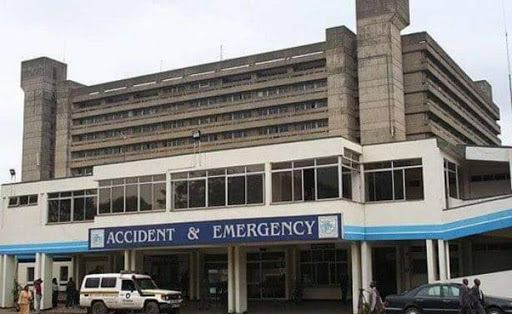 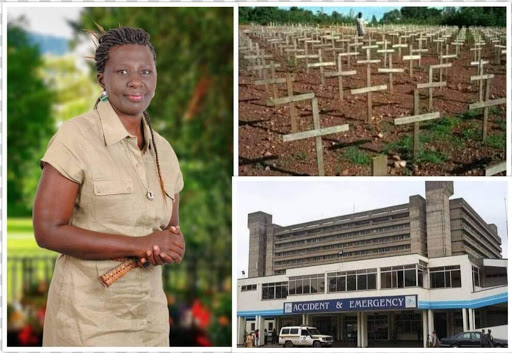 The brother of the late Spencier Kollong who was secretly buried in a mass grave at the Langata Cemetery has narrated the gruesome journey of getting her remains back.

Mo Tall has actively been updating followers on social media about Spencier's disappearance.

"Well i am back here again after the long battle with the Courts to exhume my sister from Langata cemetery mass grave. We were granted our prayers by the court only to find out that my sister who walked on her own to KNH for treatment was without her legs and KNH has no explanation to give on how she was amputated."

"I will lay my sister to rest today (Saturday 29, May 2021) in our home but behold I start my journey of seeking justice for my sister. Thank you for your support."

The late Spencier was reported missing in December last year.

According to the Kenyatta National Hospital records she died on December 18, 2020 and four month later she was burried in an unmarked mass grave.

'While looking for my sister, we stumbled on this list of people buried with her in a mass grave in Langata cemetery," a distraught Mo wrote on his Facebook.

Early May, the Killong family announced that their kin had need dead for months. They detailed their misgivings on how the matter was handled poorly.

We, the Killong’s would like to take this chance to announce the death of our beloved daughter and sister, Spencier Killong and to also briefly explain the circumstances around her demise.

We became suspicious when her phone went off and she didn’t send any Christmas or new year’s messages. We mounted a search among relatives and friends as her landlord and neighbors in Nrb also claimed not to have seen her at her house since Dec 20th, 2020.

We officially reported to Police,on Jan/5/2021.And many times after. After that we've been working with DCI headquarters trying to trace her.

The family also severally visited Mbagathi hospital, Kenyatta hospital and mortuary and even city mortuary to no avail.

We even went to Mathare hospital and all prisons.

We've also used print and social media all this while.

It has since been reported that on 24th last Month the CID office that were investigating the matter visited Kenyatta National Hospital since they had a suspect in their custody in possession of Spe’s missing phone.

Upon interrogation, the culprit led the police back to Kenyatta National Hospital where the suspect alleged that she was a patient in KNH next to our late sister before she got discharged. It’s there that the suspect stole our sister’s phone.

The DCI office asked Kenyatta to verify the allegations and the DCI office were asked to do an official inquest to Kenyatta National Hospital for comprehensive report.

They then informed the DCI that indeed they had a patient by those names and that she was dead and had been and been buried the previous day.

A fact that KNH had all along denied knowledge of who. The manner in which she was buried leaves alot to be desired.

We have obtained the burial permit that they allegedly used and other hospital records with suspicious gaps that can only mean there was foul play and cover up, which we can’t share as this is a matter before the courts.

We're still following up with the investigation with a goal of :

1.Exhuming our sister to bring her for a decent burial at home.

2.Thorough autopsy to know the cause of her death and the reason for such malicious cover up by KNH.

We will give an official statement on date of burial based on the verdict of the Courts where we have gone to seek redress.

For our friends and relatives who know us, it's difficult to loose two siblings in a span of four months. Keep us in your prayers.

Peace of Christ be upon you all.

“The Public Health Act Cap 242 allows hospitals to dispose unclaimed bodies after 10 days. However, KNH extends the waiting period by 11 days making it a total of 21 days,” the statement added.

It added that the body stayed unclaimed at the mortuary for four months. It was released for burial on April 27, 2021.

“We understand the immense loss and emotional toll the death of a loved one causes, and we would like to extend our sincere condolences to the family of Sabenzia Killong.

“While we remain open and invite any further information, at present all indications are that the hospital followed all due procedure in admission, hospital care, farewell admission and finally burial of this patient.”

KNH concluded by saying that it will continue to cooperate with the relevant authorities on the matter.