'I have found Jesus,' Atheist Society of Kenya secretary says as he resigns 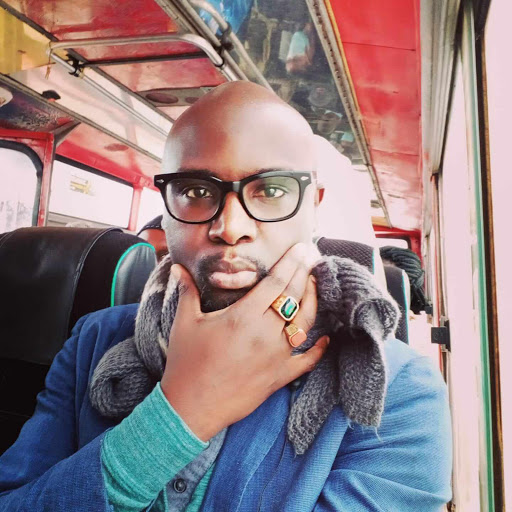 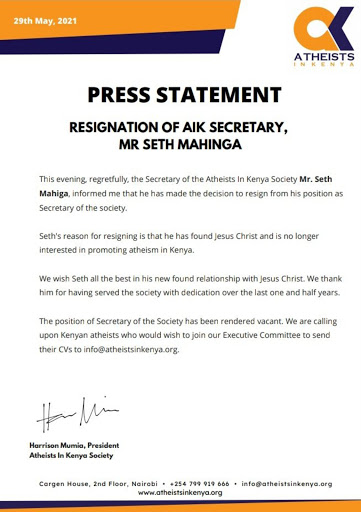 The Atheist Society of Kenya has lost one of its members, who has found Jesus Christ.

Seth Mahiga, who believed that Jesus does not exist resigned from his position as the secretary of the organization.

"Seth's reason for resigning is that he has found Jesus Christ and is no longer interested in promoting Atheism in Kenya. We wish Seth well in his newfound relationship with Jesus Christ. We thank him for having served the society with dedication over the last one and a half years," read a statement by Atheists chairman Harrison Mumia.

Mumia also invited Kenyans who do not believe in Jesus Christ to apply for the vacant position in the organization.

Among the more than half a million non-believers, only a few have joined Harrison Mumia's organization as some fear stigmatization.

Check out the statement.