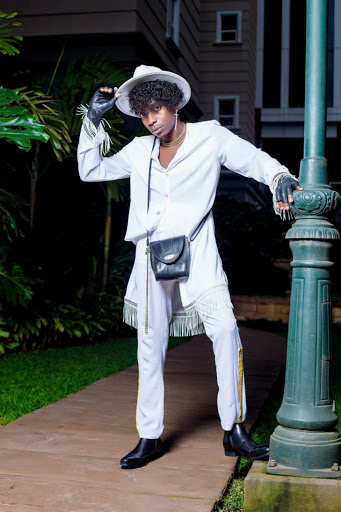 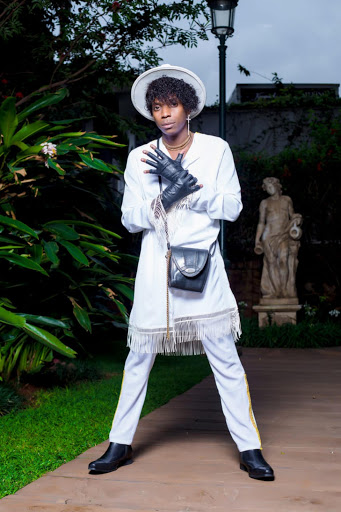 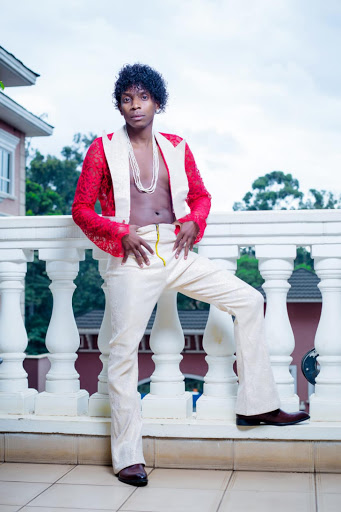 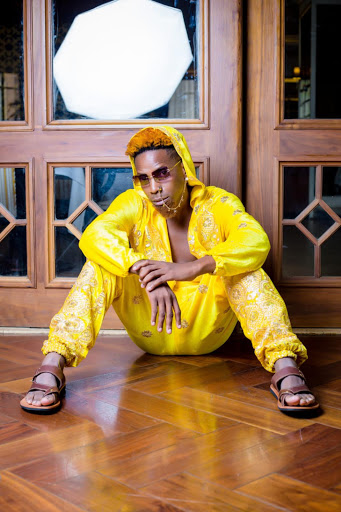 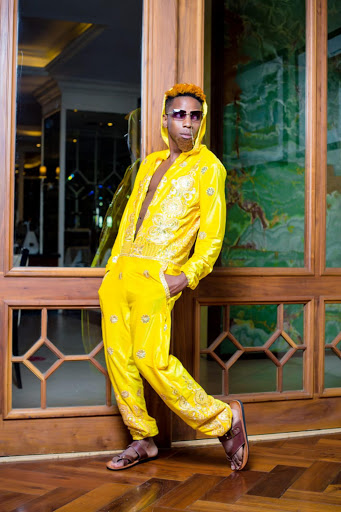 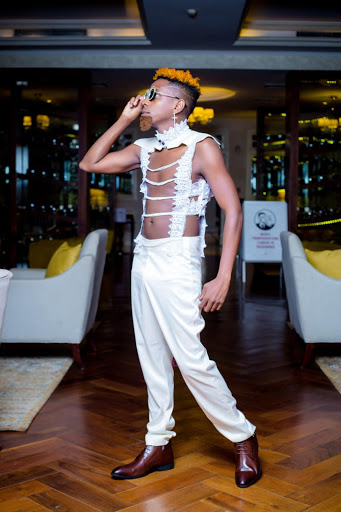 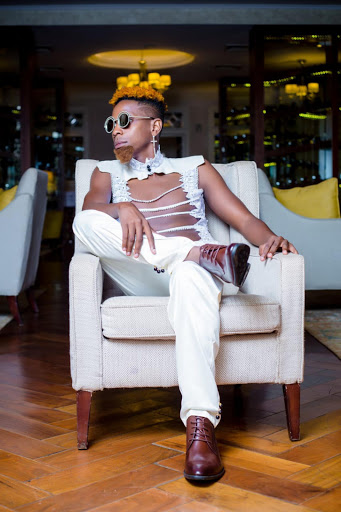 Comedian Eric is rebranding and so he has decided to start by changing his look. He invested millions in his outfits.

Speaking to Mpasho.co.ke, Eric said it was time for him to change his brand that he has grown for 3 years now.

Eric took time with his stylist and designer (Diana Chanzu and Gold Melinda) to import materials needed to design his current look.

He said he has clothes worth Ksh 6.2 million to wear for the next eight months without repeating.

He said his new look is unique and inspired by Prince and other American singers.

“My new look will be unique. Every day I will be in a new look for the next eight months. I will also not be repeating clothes. I have taken my time with my designers and stylist to make all these clothes.”

Check out the outfits;