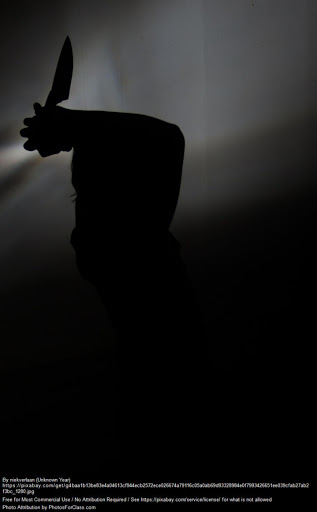 Police in Naivasha, have arrested a 17-year-old boy for allegedly killing a 33-year-old man during a scuffle over a woman.

In what appears to be a tragic end to a love triangle, the teenager reportedly slit the throat of the husband to a married woman with whom he was having an affair.

Preliminary reports into the incident indicated that the deceased, Dennis Kioko, lured the teenager to his house where he confronted him with the allegations of having an affair with his wife.

The incident occurred at the deceased’s home in Sanctuary Estate on Moi South Lake Road.

Sources said Kioko had wooed the boy who is a student at a polytechnic with promises of offering him a job if he agreed to the meeting and shed more light on his affairs with the wife.

It was during the meeting that the enraged Kioko violently demanded answers but the confrontation turned ugly when the boy overpowered the deceased and stabbed him with a kitchen knife.

Witnesses said it was Kioko who first reached out for the knife and attempted to stab the boy before tables were turned when the teenager snatched the weapon.

The suspect said he accidentally stabbed the deceased in the neck while attempting to defend himself.

Peterson Njoroge, an elder in the area, expressed concern at the rising cases of relationship-caused deaths in Naivasha Town.

Njoroge said that in the last year, at least five residents of Naivasha Town have been killed in love triangle cases.

Naivasha Sub-county Police Commander (OCPD), Samuel Waweru, said that the suspect, who had sustained injuries during the fight, was taken to hospital, and would, thereafter, be arraigned in court.

The deceased was taken to Naivasha Sub-County Referral Hospital Morgue.