'I can never give up on love,' Saumu is ready to date again after a bitter fallout with Lamu Senator 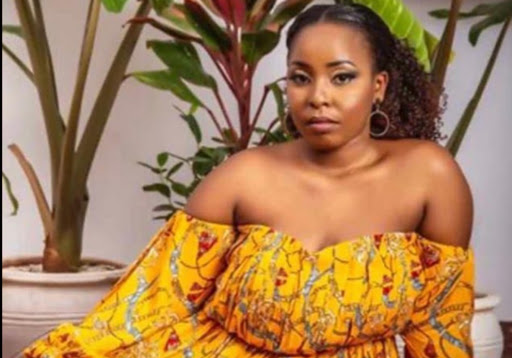 Mike Sonko's daughter Saumu Mbuvi says she has not given up on love.

This is after dating two men and breaking up with them later living her a single mum.

She was recently dating Lamu senator Anwar after she broke up with Ben Gatu.

In a recent Q and A with her fans on Instagram, the mother of two was asked by a fan whether she could be loved and be in a position to love back.

why not.. i can never give up on true love. i know it exists.

Asked how she overcame heartbreak and whether she was torn between letting go and staying, Saumu said;

Just distract yourself. keep yourself busy and you will be over it soonest than you thought.

Another fan sought to if her baby daddy's are supportive to which she responded saying Lamu senator Anwar is not.

I have a good relationship with gatu. we respect each other and he always has my back.

In a past interview with Radio Jambo, Saumu confessed that one of her biggest problem and struggle is that she doesn’t know how to stay single, as she is always rushing into a new relationship after a breakup.

Problem yangu, I have always been scared of being single na nilikuwa na haraka ya kuingia kwa relationship at a time I did not heal from previous relationship.